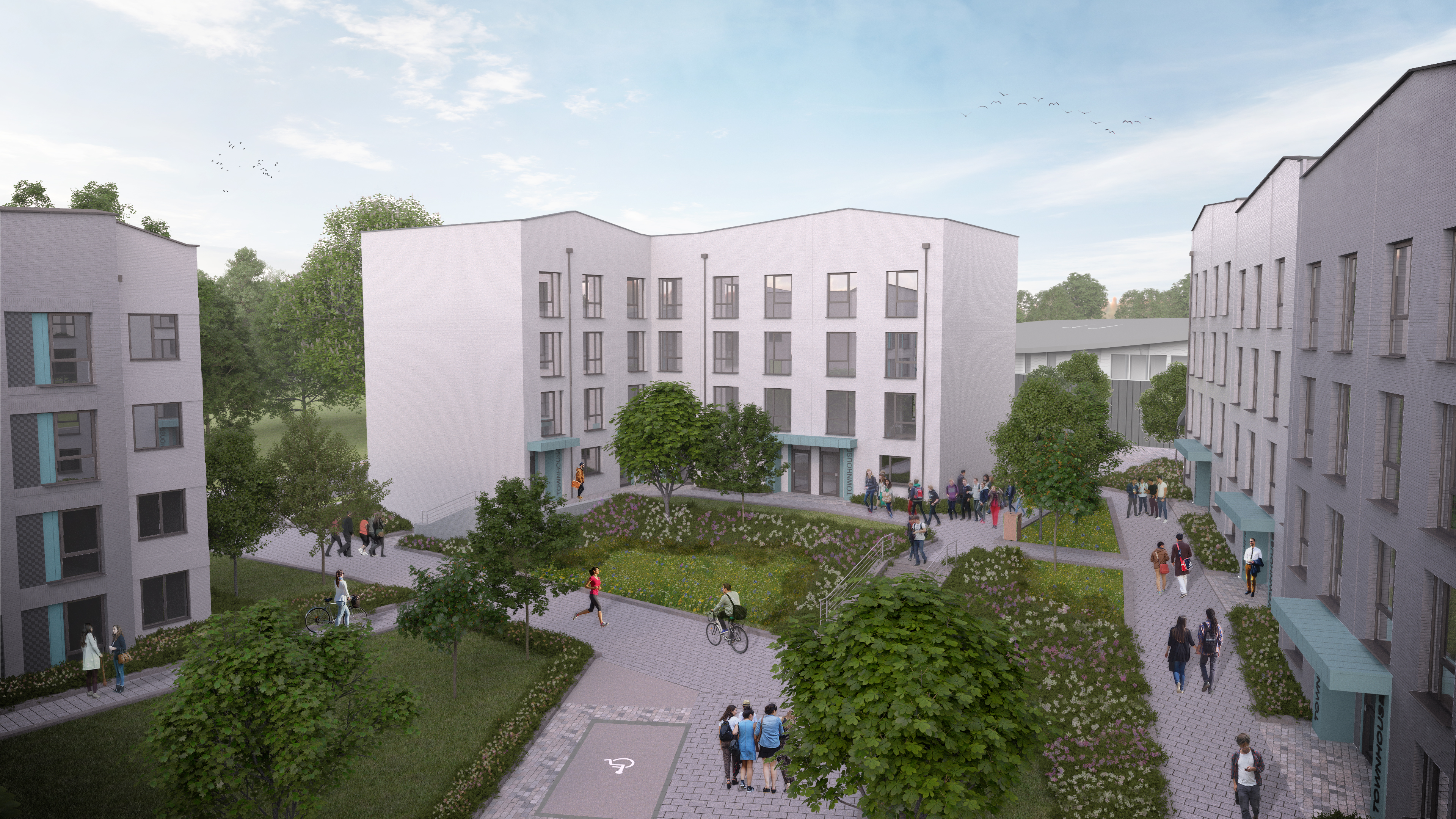 South College has 492 bedrooms, 5 of which are wheelchair accessible, plus an additional four 1 bedroom flats. There is a mixture of single en-suite bedrooms in flats and Town Houses with single rooms around shared bathroom facilities. All accommodation in South College is self-catered with communal kitchens provided for you to prepare and cook meals.

Accommodation is arranged in five blocks of four or five storeys. There are two blocks of Town Houses with a total of 60 and 72 rooms respectively. The other three blocks contain a total of 90, 119, and 151 single en-suite rooms.

Communal kitchens in our accommodation come equiped with:

South College also has fantastic new facilities. College Office, along with the Student Common Rooms, Study Space, and Café/Bar can be found in the Pitcairn building at the foot of the College. Our Café/Bar and Junior Common Room are separated by a sliding wall and can each host 75 people, or 150 total with the wall retracted. In this space we have three 65-inch television screens and a large projector screen, along with plenty of seating.

We also have facilities in the Mount Oswald Hub that we share with neighbouring John Snow College. There is a 300 seat dining facility where we will hold our weekly dinners, which consist of both gowned formal dinners and more causal informal dinners. The dining hall is also fully fitted to host theatre productions and other performances for up to 500 people. South students have access to two music rooms in the Hub. The South College music room has an upright piano, a drum kit, and amplifiers for guitar and bass. In the larger shared music room there is a baby grand piano and room for large groups to practice. The Hub also hosts the largest college gym at Durham, with a wide range of equipment for all levels of physical training. Laundry facilities can also be found in the Hub and are accessible by swipe card 24 hours a day.