The Department of Sociology at Durham University welcomes SPA Conferences in 2017 and 2018.

The theme for 2017: at a time when income inequality is rising in most countries, and differences between countries remain huge, the social significance of these inequalities is of fundamental importance to societies and therefore research. Following the referendum results, debates on inequalities in the UK and Europe will have implications for a wide range of theoretical debates such as citizenship, migration, social cohesion, gender, ethnicity and equality of opportunity to name a few, while inequalities also cut across all policy areas from housing to health and education to crime.

What is the role for policy? How can it be used to reduce, or at least limit, the effects of inequalities? Is this even a desirable strategy given the very real inequities that exist within and between nations within a seemingly increasingly fragile status quo? How inequalities are viewed tells us a lot about different political, ideological and critical standpoints. We look forward to unpacking these issues in Durham in 2017 with you.

Postgraduate Concessions: A number of postgraduate concessions will be available offering 33% discount on the fee. Those wishing to apply for the concession should meet the following criteria:

- They must be presenting a paper at the conference;

- They should have tried to obtain funding to attend the conference from their own institution or other sources, and may be asked to confirm that they do not have access to other funds;

- They must be members of the SPA at the time of applying or join the SPA before registering for the conference.

If you would like to apply for a PG concession please send a covering letter and your CV, along with your abstract, to Pauline at spa.conferences@durham.ac.uk .

A prize will be awarded for the best Postgraduate paper and the best Early Career Researcher paper at this year's conference. Prizes will be presented at the SPA 2018 conference.

If you would like to nominate your paper for this award please submit the following information to pauline.harrison@durham.ac.uk or to spa.conferences@durham.ac.uk :

Many of you will arrive at the conference not knowing anyone else, so we're going to hold a social evening to act as an icebreaker for postgraduate and early-career researchers attending the conference. If you are interested in coming to this event, please email the SPA Postgraduate Representative (hardeep.aiden@bristol.ac.uk ) so that we have an idea of numbers. We look forward to seeing you there!

Inequalities and the future: a wide angle view

Why have economic inequalities widened over the last 40 years? Why have the incomes of the 0.1% soared, even after the crisis? The talk will identify some of the principle mechanisms which have produced this change and led to the majority of the population getting a declining proportion of national income, with many also experiencing increased personal debts and housing costs. While it will suggest the kind of policies that would be capable of reversing these tendencies, it will also take account of an unavoidable, unprecedented and massively inconvenient fact that looms increasingly large: the impossibility of everlasting economic growth in a finite planet.

The neoliberal transformation of capitalist democracy and the ‘European Social Model’

The “European Social Model” was to be the counterpart of the “European Internal Market”. But it was never clear what exactly it was: the common denominator of the welfare states of European Union member states, or a set of European institutions to be created at the supranational level, to complement, reform, unify or replace national welfare states. Sooner or later, however, questions arose whether there was a meaningful “Social Model” at all that was shared by all European Union member states, and in fact national traditions and institutions of social protection turned out to be too diverse to be consolidated into a European-level social welfare state. Britain under Thatcher was the leading opponent of efforts to transform the, more imagined than real, “Social Model” of “Europe” into what was for some time referred to as a “Social Dimension of the Internal Market”, until the concept was forever dropped from Eurospeak. Meanwhile postwar social welfare states were gradually absorbed into a neoliberal economic order of Continental dimension, sustained by national states and supranational institutions insulated from political-electoral pressures. This holds in particular for the member countries of the European Monetary Union, following the crises after the financial collapse of 2008. Today the remnants of the democratic welfare state at national level are being hollowed out by the “Four Freedoms” of the European internal market and the pressures for “structural reforms”, including cutbacks in state spending and legislation to make labor markets more “flexible”, that are continuously emanating from the European Central Bank and the European Council.

A Massive Loss of Habitat: New Drivers for Migration

The paper examines three emergent migration flows, each with specific features that can be described as extreme. The effort organizing the paper is to understand conditions at places of origin that lead people to risk their lives in dangerous trips to escape those places of origin. As is by now known, these migrants are not the poorest of the poor in their places of origins. The rapid surge in these flows combined with the conditions they leave behind raise a question that organizes much of the analysis: Are the categories we use to understand and describe migrations—that is, the notion of people in search of a better life, who leave behind a family and home that they want to support from afar and possibly return to–enough to capture the specificity of these emergent flows. My answer is: not quite. One big difference from the past is that part of the story is a massive loss of habitat due to a variety of extreme patterns, from massive land-grabs to poisoning of land and water due to mining. The paper examines how the development models implemented over the last 30 and more years have enabled some of these negative conditions. Further, another major factor reducing the habitat of these migrants is a proliferation of asymmetric wars. Both sets of factors reduce the habitat for more people. One outcome of this combination of elements is these new migrations. www.saskiasassen.com .

Verbal Presentations (there will be no poster presentations): they should be 15-20 minutes long, and each paper will generally be in a session of 3 papers. Each session will be 1 hour 30 minutes, so there will be time at the end of the presentations for questions and answers.

Full papers: if you wish to submit a full paper and haven't done so already via EasyChair, please send to spa.conferences@durham.ac.uk . Please note that this is not compulsory. Full papers will be made available after the conference via a link on the SPA website: http://www.social-policy.org.uk/ .

Conference timings: it will start at 11.15am (15 minutes earlier than last year) on Monday 10th July, but delegates can register from 9.30am onwards. It will finish at 1.45pm on Wednesday 12th July. WE PLAN TO UPLOAD A DRAFT PROGRAM TO THIS WEBSITE IN EARLY JUNE. Please also note that the AGM will be held on Monday 10th at 5.30pm and the Conference Dinner will be held on Tuesday 11th at 7.30pm - this is a change from last year's conference.

Accommodation: we have reserved some college accommodation at Collingwood College which will be allocated on a first come first served basis. You will be given the option to book when you go in to register. The cost of a single room is £50. Collingwood College is situated next to Durham's stunning Botanic Garden. Please feel free to contact any of the other Durham Colleges if you so wish as they may have accommodation available too https://www.dur.ac.uk/colleges . If you would prefer to stay at a hotel the Royal County Marriot hotel, the Premier Inn City Centre and the Radisson Blu hotel are all located within walking distance of the conference venue. You will find information on these hotels at http://www.thisisdurham.com/visitor-info .

Map of Durham: https://www.dur.ac.uk/resources/map/DurhammapandkeyOctober2014.pdf . For travel information please click on the link under Resources at the right hand side of this page. 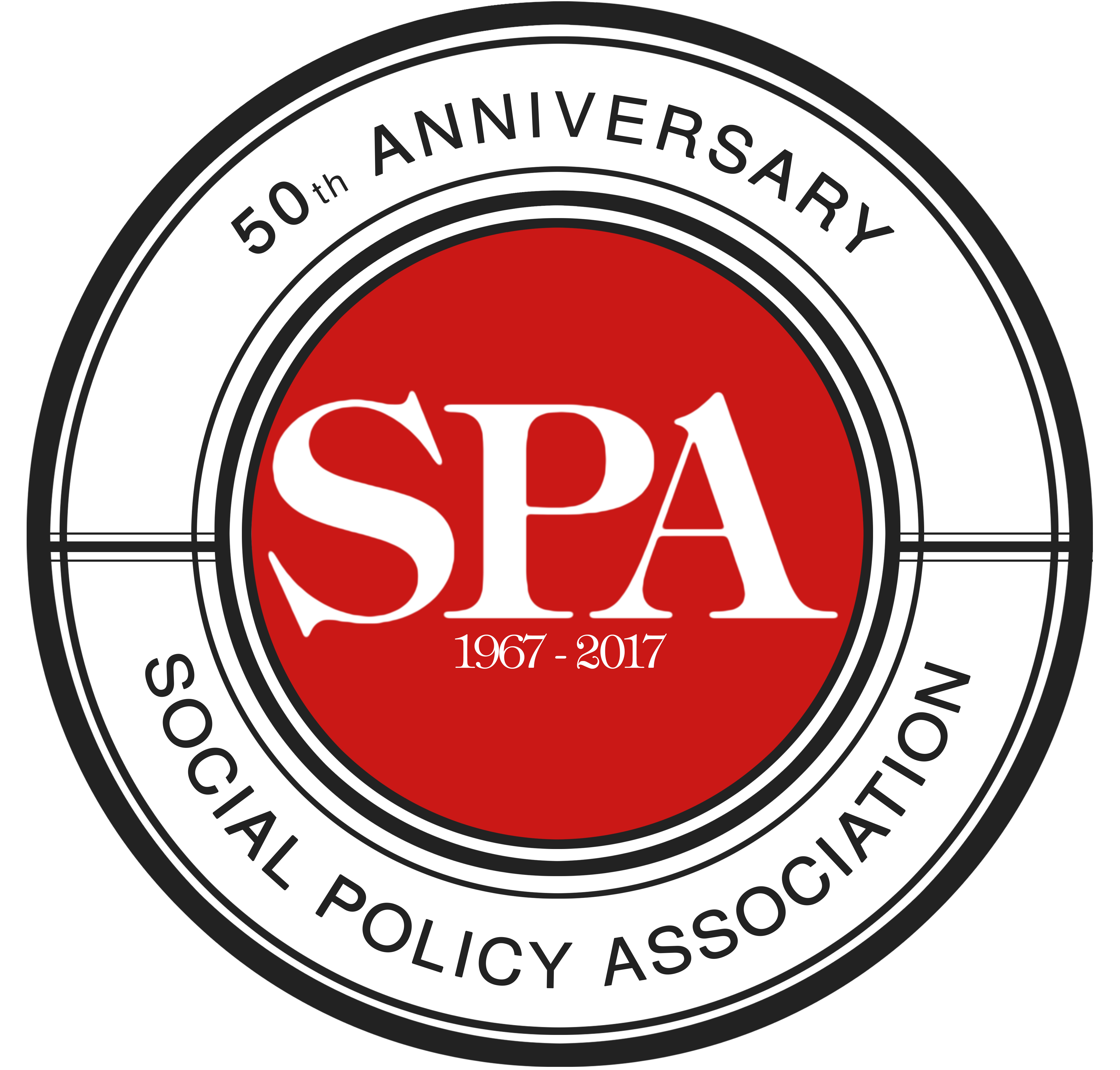