The GluA1 subunit of the AMPA receptor has been implicated in anhedonia. Mice that lack GluA1 (Gria1 knockout mice) show reduced lick cluster size, a measure of palatability in feeding behaviour. This deficit may reflect a role for GluA1 in encoding the hedonic value of palatable substances or instead a role for GluA1 in the behavioural expression of hedonic value. We tested the role of GluA1 in hedonic value by assessing sensitivity to changes in the rewarding property of sucrose as a consequence of negative/positive contrast effects in female mice. During training, on half of the days consumption of a flavour (CS+) mixed with 4% sucrose was preceded by consumption of 1% sucrose (positive contrast). On the other half of days consumption of a different flavour (CS–) mixed with 4% sucrose was preceded by consumption of 16% sucrose (negative contrast). In the test session both wild-type, controls and Gria1 knockout mice consumed more of the CS+ flavour than the CS– flavour. While Gria1 knockout mice showed reduced lick cluster sizes, both genotypes made larger lick clusters for the CS+ flavour than the CS– flavour suggesting that the CS+ was more palatable than the CS–. A follow up experiment in normal mice demonstrated that the negative contrast procedure resulted in a conditioned reduction of palatability of the CS– in comparison to an associatively neutral, novel flavour. The results failed to demonstrate a role for GluA1 in hedonic value suggesting that, instead, GluA1 is necessary for hedonic responding. 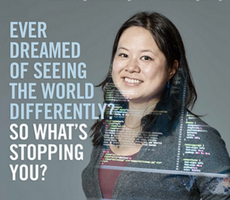