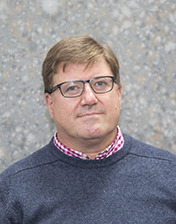 Professor in the Department of Physics
Telephone: +44 (0) 191 33 43654
Room number: 143
Member of the Centre for Materials Physics
Member of the Durham X-ray Centre

Member of the Executive Council of the British Cryogenics Council. – BCC.

Chairman of the International Programme Committee for the European Conference on Applied Superconductivity. EuCAS2019 - Glasgow 2019

Member of the International Programme Committee (Materials) for the European Conference on Applied Superconductivity. EuCAS2017 - Geneva 2017

Member of the International Advisory Committee Member for the Mechanical and Electromagnetic Properties of Composite Superconductors, - MEM16 Tallahassee, USA 2016.

The scaling models of Kramer and Dew-Hughes, and latterly the collective pinning models of Matsushita, provided the description of pinning and Jc in technological high-field materials. The Durham group has demonstrated that at criticality, LTS and HTS materials have channels (that are grain boundaries in polycrystalline materials), along which fluxons flow when an electric field is generated. This has provided a straightforward explanation for why Jc is so much lower than the Ginzburg-Landau theoretical limit (i.e. JD) and has provided a framework for understanding and a range for improving Jc.

ii) The design, in-house fabrication, development and operation of variable-temperature instruments for measuring, developing and understanding the strain-dependant critical current density of superconductors in magnetic fields in-house and at international high magnetic field facilities. Most recently in collaboration with Osamura, we have developed the multi-modal description of the strain dependence of Jc [1].

The original scaling laws used for optimisation of magnets for fusion applications were empirically based with the upper critical field as the scaling normalisation parameter. They lead to contradictions between so-called ‘strain-scaling’ and ‘temperature-scaling’ as found by Ekin. The group in Durham has published arguably the best variable-strain data of its type in the world. We developed a new scaling law (which replaced the Summer’s law) which resolved this contradiction. We introduced Ginzburg-Landau parameter kappa directly into the scaling law [2], develop the instrument that enabled comprehensive Jc(B,T,ε) measurements in fields up to Bc2 [3] that resolved temperature and strain scaling contradiction [4] and successfully combined phenomenological and microscopic theory to develop new scaling laws for strongly coupled superconductors such as Nb3Sn [5]. These new scaling laws have directly impacted on the design of the $50 B ITER fusion energy tokamak which will produce the world’s first self-sustaining fusion plasma. The DOE report - The future of science - considers ITER to be the world’s most important large scientific facility in the next 20 years [6].

iii) The discovery of a new class of nanocrystalline materials where the high magnetic field properties are improved by making the length scales for the microstructure to be similar to the superconducting coherence length.

The process for making these materials has been patented [1] and then published in the premier Physics journals. The upper critical field in Chevrel phase superconducting materials was increased from 60 T (Tesla) to more than 100 T [2], in elemental niobium from ~ 1 T to ~ 3 T [3]. These materials have opened the opportunity of a new displacement technology for high field magnet conductors including say MRI magnets which is a $1 B annual market or fusion energy and opened a new area of fundamental and applied scientific investigation into nanocrystalline high-field materials.

iv) Development of the metrology for measuring large numbers of high-field superconducting strands for the $50 B fusion energy tokamak being built in France and the development of joints for the commercial exploitation of fusion energy [1,2]. Hampshire is Director of the European Reference Laboratory for Fusion Energy. Dr. Mark Raine is the manager of the Laboratory.

v) Patents. A number of PhD students from the group have become patent lawyers.

i) Experiments in high-magnetic fields:

Members of the superconductivity group in Durham have published a series of articles characterising how the critical current (i.e. the maximum current a superconductor can carry without loss) is affected by the magnetic field, temperature and strain on the superconductors. JC(B,T,ε) are used to develop a theoretical scaling law which successfully combines phenomenological and microscopic theory. This JC(B,T,ε) scaling law is used by the fusion energy community. We have a 15 Tesla Helmholtz-like split-pair horizontal superconducting magnet system which is unparalleled in the university sector world-wide. This opened the exciting opportunity of making JC(B,T,ε) measurements on anisotropic HTS superconductors materials - which is extremely valuable for developing our fundamental understanding and optimisation for new technological applications using HTS materials.

For the best experiments, we combine world-class commercially available equipment with probes that have been designed and built in-house. Commercial cryogenic equipment in-house includes two high-field magnet systems, a fully equipped PPMS system, a new high-pressure system and a He-3 system. The world-class high field facilities and instruments are supported by a number of specialist probes designed and built in-house for making strain, magnetic, resistive and optical measurements on superconductors. For example, theJC(B,T,ε) data were obtained using an instrument built in Durham for use in our 17 Tesla vertical magnet system and for use in international high-field facilities in Grenoble, France.

Simon A Keys and Damian P Hampshire - A scaling law for the critical current density of weakly and strongly-coupled superconductors, used to parameterise data from a technological Nb3Sn strand - Supercond. Sci. Technol.16(2003) 1097-1108 Extract from the IoP journal: Superconductor Science and Technology. The critical current density as a function of field, temperature and uniaxial strain of a Nb3Al strand – measured in Durham

N. Cheggour and D. P. Hampshire - A probe for investigating the effects of temperature, strain, and magnetic field on transport critical currents in superconducting wires and tapes. Rev. Sci. Instr.714521-4530 (2000). Members of the superconductivity group in Durham pioneered the discovery of a new class of nanocrystalline superconductivity materials with exceptionally good tolerance to high magnetic field. These materials provide a new paradigm for high-field conductors which has been patented and then published in the premier Physics journals. Equipment in-house includes DSC, DTA, XRD, glove box, a range of milling machines and furnaces as well a HIP operating at pressures of 2000 atmospheres and up to 2000 C. The upper critical field in Chevrel phase superconducting materials was increased from 60 T (Tesla) to more than 100 T and in elemental niobium from ~ 1 T to ~ 3 T. This work involves fundamental and applied scientific investigations into nanocrystalline high-field materials where the important length scales for superconductivity are similar to the length scales for the microstructure and is focussed on fabricating and understanding the physics of this new class of high magnetic field superconductors. X-ray diffraction spectra and resistivity of conventional and noancrystalline niobium

The boundaries between the best experiments, analysis and theoretical understanding and advanced computation are increasingly blurred. In addition to experimental work that includes advanced analysis, we have completed computation that provides the first reliable visualisation of how time-dependant-Ginzburg-Landau theory predicts flux moves in polycrystalline materials. This allows us to address why the critical current density in state-of-the-art commercial materials is still 3 orders of magnitude below the theoretical limit.

G. J. Carty and Damian P. Hampshire - Numerical studies on the effect of normal-metal coatings on the magnetization characteristics of type-II superconductors - Phys. Rev. B.71(2005) 144507 - also published in the May 1st, 2005 edition of the Virtual Journal of Applications of Superconductivity.

I. J. Daniel and D. P. Hampshire - Harmonic calculations and measurements of the irreversibility field using a vibrating sample magnetometer. Phys. Rev. B.616982-6993 (2000).

i) The ITER fusion tokamak: The ITER fusion reactor being built in Cadarache, France: http://www.iter.org/

Management of energy resources will be one of critical issues in the C21st. Superconductivity will have an important contribution to make to the development of new technologies. Durham university is ideally positioned to play a key role is this area. There is a industrial need for superconducting materials that carry higher critical current in high magnetic fields to reduce cost. Applications include high-field research magnetic for accelerators such as LHC and MRI medical body scanners where higher magnetic fields equate to better resolution. MRI body scanner – similar to the one found for example in the hospital in Durham, UK.