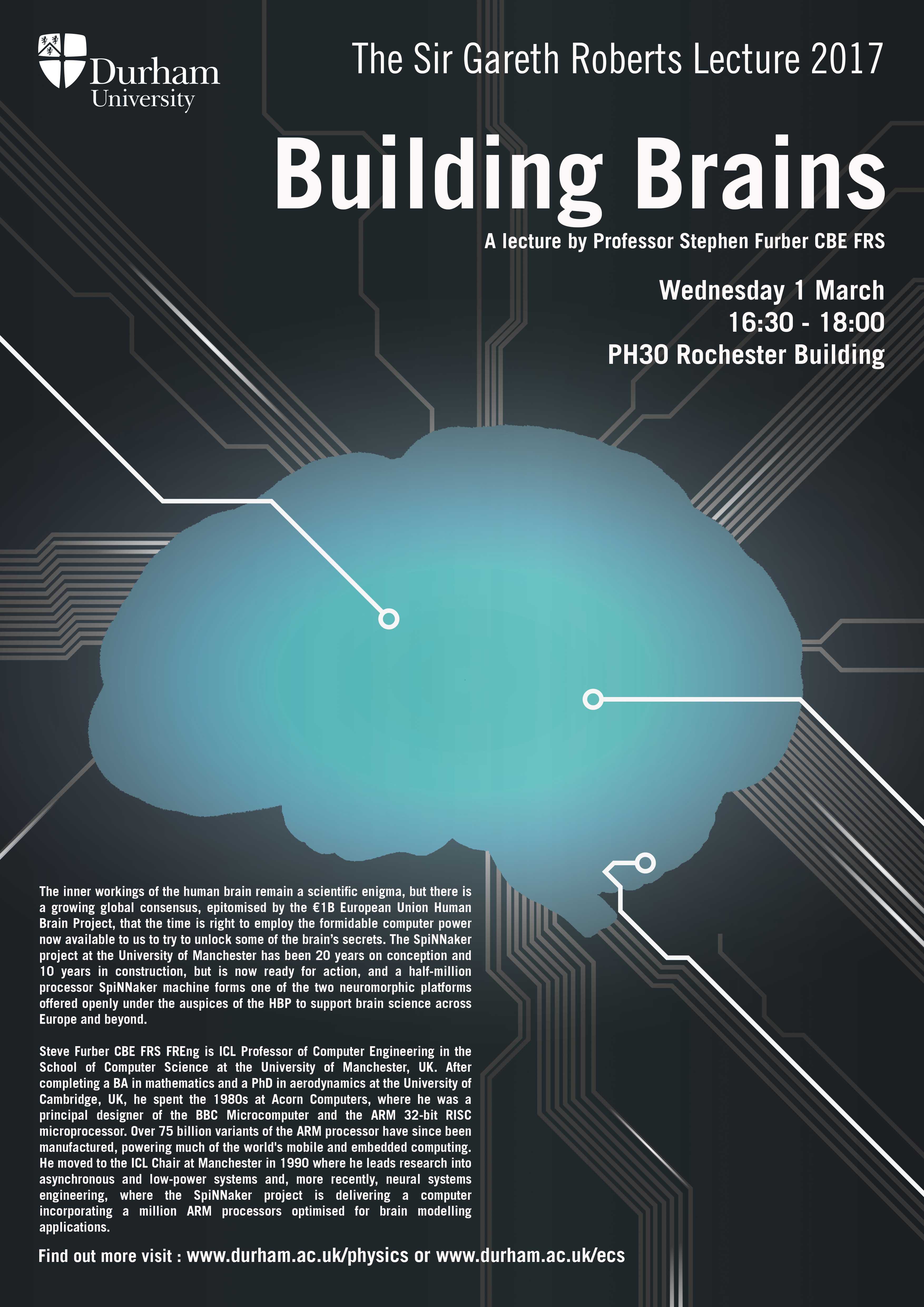 The inner workings of the human brain remain a scientific enigma, but there is a growing global consensus, epitomised by the €1B European Union Human Brain Project, that the time is right to employ the formidable computer power now available to us to try to unlock some of the brain’s secrets. The SpiNNaker project at the University of Manchester has been 20 years on conception and 10 years in construction, but is now ready for action, and a half-million processor SpiNNaker machine forms one of the two neuromorphic platforms offered openly under the auspices of the HBP to support brain science across Europe and beyond.

Steve Furber CBE FRS FREng is ICL Professor of Computer Engineering in the School of Computer Science at the University of Manchester, UK. After completing a BA in mathematics and a PhD in aerodynamics at the University of Cambridge, UK, he spent the 1980s at Acorn Computers, where he was a principal designer of the BBC Microcomputer and the ARM 32-bit RISC microprocessor. Over 75 billion variants of the ARM processor have since been manufactured, powering much of the world's mobile and embedded computing. He moved to the ICL Chair at Manchester in 1990 where he leads research into asynchronous and low-power systems and, more recently, neural systems engineering, where the SpiNNaker project is delivering a computer incorporating a million ARM processors optimised for brain modelling applications.