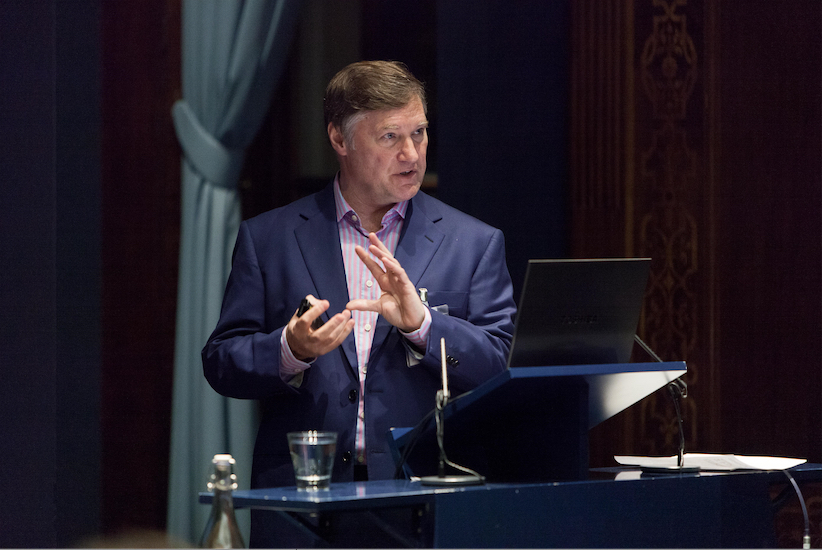 Prof. John Barrow, who passed away on 26 September

Tributes have been paid to Durham University alumnus and honorary graduate John Barrow who has died aged 67.

John graduated from Durham with a first class honours degree in Mathematics in 1974 before gaining a PhD from Oxford University with a thesis entitled “Non-uniform cosmological models”.

He went on to a distinguished career in Cosmology and Mathematics including becoming director of the Millennium Mathematics Project at Cambridge University, an outreach programme to increase awareness of maths amongst children and adults.

He was also the author of hundreds of academic papers, a number of popular science books and a play, entitled “The infinities,” which was premiered at the Teatro de la Scala in Milan and won an Italian theatre award in 2002.

John was awarded an Honorary Doctorate of Science by Durham University in 2008 in honour of his many achievements in his field.

Professor Carlos Frenk, Ogden Professor of Fundamental Physics in Durham’s Institute for Computational Cosmology, said: “John was full of energy and ideas, a truly remarkable physicist and mathematician and an even more remarkable human being.

“He was a distinguished cosmologist, but he could turn his hand to most things having been a champion schoolboy athlete who once beat those great runners Sebastian Coe and Steve Ovett in a race, to representing Durham University on the BBC’s University Challenge during his time as a student.

“Quite simply John was a friendly, original and modest man. He will be fondly remembered and greatly missed.”

Speaking at John’s funeral, Lord Martin Rees, himself an honorary Durham graduate, said: “His intellectual legacy and influence will live on through his writings, and in the fond memories of those who were privileged to know him, and be inspired by him.”

John Barrow passed away on 26 September. He is survived by his wife and three children.