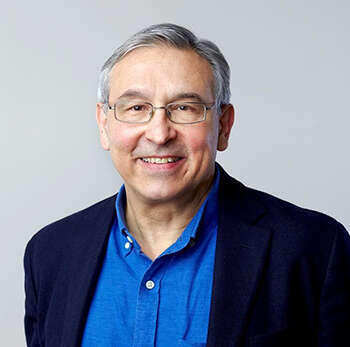 The 2020 Paul Dirac Medal and Prize has been awarded to Professor Carlos S Frenk for outstanding contributions to establishing the current standard model for the formation of all cosmic structure, and for leading computational cosmology within the UK for more than three decades.

Professor Carlos Frenk is one of the originators of the Cold Dark Matter (CDM) theory for the origin of galaxies and other cosmic structures. His series of papers with Davis, Efstathiou and White in the 1980s established that the CDM model can reproduce the observed large-scale distribution of galaxies in considerable detail.

His papers with Navarro and White in the 1990s established that dark-matter halos, the fundamental units of all nonlinear structure in a CDM universe, should have a universal density structure. This has since been verified through gravitational lensing and x-ray observations on the scale of galaxy groups and clusters, but remains controversial on the scale of the inner regions of individual galaxies.

His papers with his Durham group (Cole, Lacey, Baugh and others) over the last 15 years have created a world-leading capability for predicting the observable properties of galaxies in a CDM universe.

Overall, Frenk has pioneered many of the developments which have resulted in LCDM (a flat CDM cosmology in which a cosmological constant makes up two thirds of the current mass-energy density) becoming accepted as the standard model for cosmic structure formation.

Recently he has led efforts to identify further observational tests of this model which might, in addition, clarify the nature of dark matter, currently one of the major outstanding issues in all of physics.

As UK Principal Investigator (since 1995) of the international Virgo consortium, Frenk has coordinated high-end supercomputing efforts within the UK aimed at simulating the formation of galaxies and larger structures. This has brought the national effort in this field to the international forefront.

He was also responsible for the creation of the Institute for Computational Cosmology (ICC) in Durham and has directed it from its foundation in 2001 until late 2019, creating a world-leading centre for the simulation of cosmic structure. Frenk’s efforts led to the construction of two new buildings in Durham which now house the ICC, its sister institute, the Institute for Particle Physics Phenomenology, and most of Durham Astronomy.

For the second of these, he was able, through personal connections, to recruit world-famous architect, Daniel Libeskind, resulting in a remarkable, purpose-designed and prize-winning structure, which now regularly plays a starring role as a backdrop for videos created from ICC's simulations during Lumiere Durham, a major public outreach ‘festival of light’ which attracts hundreds of thousands of visitors.