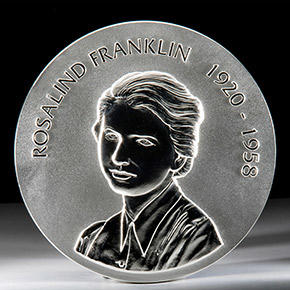 The ambitious goal of the Physics of Life UK Network (PoLNET) has been to bring physicists and biologists together to develop a unified framework for understanding biology that integrates molecular and system levels of thinking into a unified whole.

A crucial component developed in particular by the team who have continuously served on PoLNET’s steering panel has been to stimulate physicists and biologists into genuine partnership through (i) respect by physicists for the complexity of biological problems, (ii) recognition by biologists that physicists can bring uniquely valuable insights, and (iii) recognition by physical scientists that great physics may start with a biological hypothesis.

A key feature of the individual team members has been their selfless efforts in organising a wide range of workshops, summer schools and plenary events for the benefit of the whole UK PoLNET community.

They have been responsible for devising, organising and realising workshops and plenaries in very diverse areas including:

and more, as well as supporting other conferences of value to the biological physics community via multiple joint ventures with other networks and learned societies, such as Quantitative Gene Regulation and Interdisciplinary Challenges in Non-Equilibrium.

These have fuelled new collaborations and grants. An important part of the team’s work has been to develop younger researchers with both physical science and life science backgrounds through several exciting, well-received summer schools.

A testament to the team’s success has been the establishment of a £30m UKRI Strategic Priorities Fund for Building Collaborations at the Physics of Life Interface to support “internationally leading research that requires collaborative, interdisciplinary working to address key challenges at the interface of physics and the life sciences”.

In short, the team has helped to enable not only the priming of new collaborations between physical and life scientists, but also to ensure that this exciting new work is properly resourced for the benefit of UK PLC.