In recognition for its role as the national centre for particle phenomenology the Institute for Particle Physics Phenomenology (IPPP) has received a £3.8 mio consolidator grant from STFC for the period Oct. 2020-2023.

IPPP is a leading international centre for research in particle physics phenomenology - the bridge between theory and experiment in the study of the tiny building blocks of all matter in the universe and of the fundamental forces that operate between them.

Our research is instrumental in understanding the experiments performed at the Large Hadron Collider (LHC) — the world's largest particle accelerator which discovered the Higgs boson, where elementary particles are smashed into each other at such high energies that new particles are created. We are also working on the ambitious quest of identifying, predicting and studying physics scenarios beyond the Standard Model. This quest is closely related with the mysteries surrounding antimatter and dark matter, the possibility of supersymmetry, new fundamental forces and even the very modifications of the structure of space-time at very high energies.

An introduction to the IPPP you can find here: https://youtu.be/v7Px_T1tetc 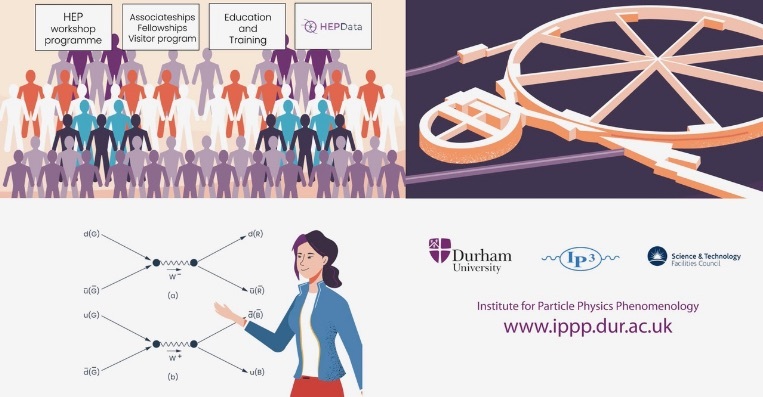