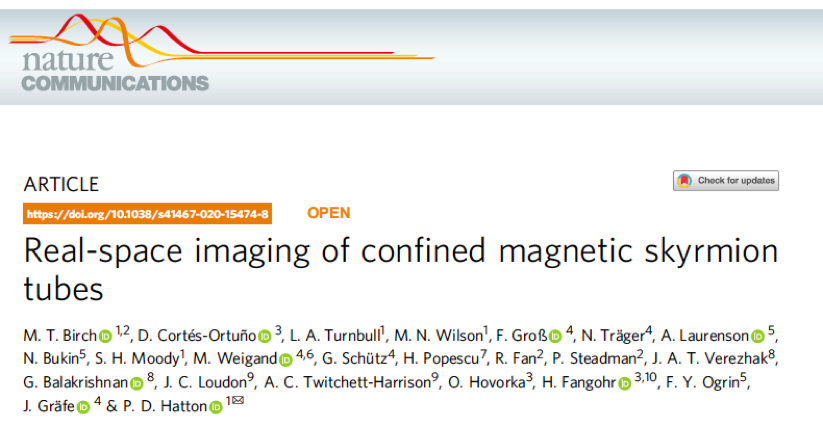 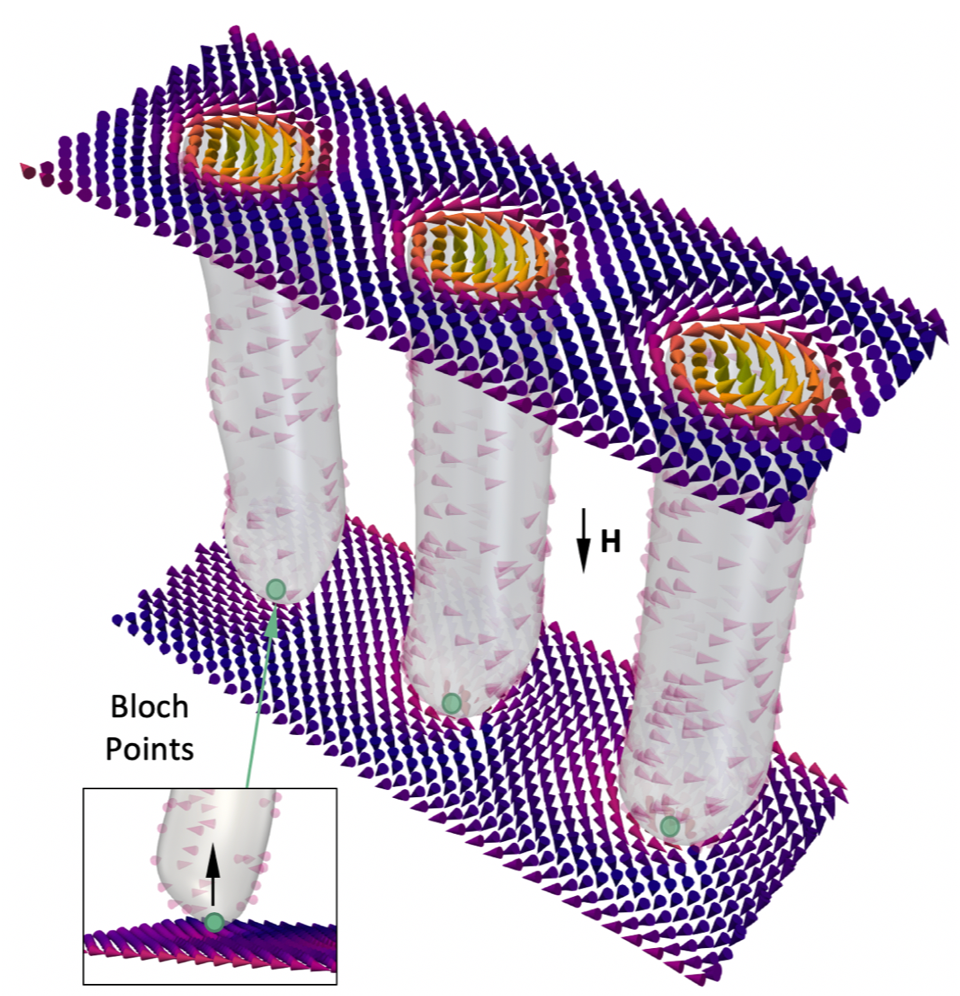 Magnetic skyrmions are often described as being two-dimensional: a projection of the magnetisation onto a plane perpendicular to the applied magnetic field. This is partly because experimental studies during the last decade have almost always looked at skyrmions along the applied magnetic field axis. However, theory has suggested that the real three-dimensional structure of skyrmions should consist of long skyrmion tubes, truncated at the end by a Bloch point. The motion of such Bloch points is thought to be responsible for the annihilation and formation of skyrmions. Understanding these phenomena are crucial for implementing the reading and writing of skyrmions in future devices. 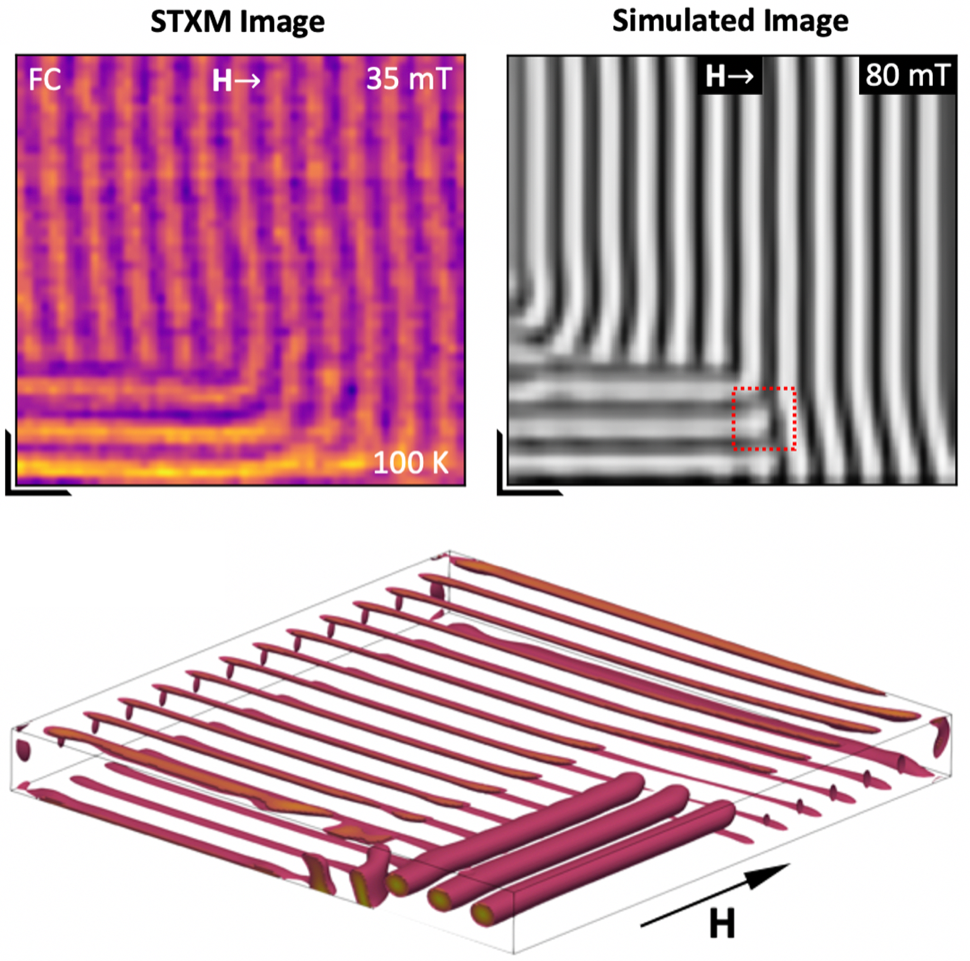 By employing scanning transmission x-ray microscopy (STXM) using the MAXYMUS beamline at the BESSY II synchrotron in Berlin, Durham researchers were able visualise skyrmion tubes for the first time since their experimental discovery in 2009. The figure shows the STXM image and a comparative micromagnetic simulation displaying three skyrmion tubes in the corner of a sample aligned along the applied magnetic field. Experimental realisation of in-plane skyrmion tube structures opens the door to further studies of this unexplored dimension of the skyrmion spin texture and its associated dynamic phenomena.