The Leslie Brooks Lecture series was established by the School, in association with St Cuthbert's Society, in memory of James Leslie Brooks, former Professor of Spanish and founder of the Department of Spanish at Durham.

Leslie Brooks was born in Portarlington, Ireland in 1919. After working as Assistant Lecturer and Lecturer at Queen's University Belfast, Manchester and Sheffield, he was appointed as Reader in Spanish at Durham with the task of establishing a Department of Spanish. In 1963 he became Professor of Spanish and Principal of St Cuthbert's. To these responsibilities he added the post of Second Pro-Vice-Chancellor in 1974, then Pro-Vice-Chancellor and Sub-Warden in 1979. His research focused primarily on the theatre of Valle-Inclán and the novels of Galdós. He retired in 1984, and continued to live in Durham until his death in 1993.

Professor Eva Horn (University of Vienna): 'Global Weirding: An Aesthetics of the Anthropocene'. 14 May 2019

Professor Linda Williams (University of California, Berkeley): 'Tales of Sound and Fury' Signifying...Something, or The Elephant of Melodrama, 16 January 2017

Professor Brad Epps (Harvard University): 'The Space of the Vampire: Materiality and Disappearance in the Films of Iván Zulueta'
Professor Epps was a Fellow of the Institute of Advanced Study at Durham University during Epiphany Term 2013 https://www.dur.ac.uk/ias/fellows/1213/epps/

Professor Hoda Elsadda (Professor of English and Comparative Literature, Cairo University): 'Gender and Nation: New Directions in the Contemporary Novel in Egypt', 6 May 2008

Professor David Shepherd (Professor of Russian and Director of the Bakhtin Centre and the Humanities Research Institute at the University of Sheffield): 'Bakhtin and the humanities - past, present and future', 1 May 2007

Ann Jefferson (University of Oxford): 'Biography and the Question of Literature' 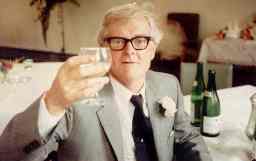