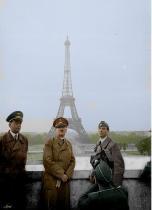 France's collective effort to come to terms with the bitterly humiliating and divisive experience of German occupation from 1940 to 1945 is often perceived as a national psychodrama, as an ongoing conflict between different interest groups attempting to impose their separate and selective memories by dominating the various media, spaces and processes of memorialisation (such as school textbooks, films, commemorative ceremonies, museums, show trials). Historians pay relatively little attention to literary narratives, whose significant contribution to informing and changing our understanding and perception of the war in France is the subject of this lecture. In France, novels taking a critical or cynical stance towards French behaviour and spurious myths of mass resistance during the occupation were not only published in the late 1940s and early 1950s but were well received, widely read and sometimes awarded prestigious literary prizes. Novels and other form of literary testimony about the war can thus be used as a counter-cultural source which contradicts the consensual myths of official discourse, whose omissions and distortions are usually justified by a dubious claim to be defending national unity. The crises brought by war seem to demand, for most fiction writers, clear linear narratives stressing the authenticity, veracity and referentiality of what they represent; stylistic experimentation or the disruption of narrative structure would be unwelcome distractions from the historical drama to the aesthetic domain. Yet there are exceptions, where authors seek to explore not only the transforming effect of war on people, but also how narrative may be transformed as part of the process. My concluding topic, however, is not so much authors who engage in formal experimentation but another minority, who use devices associated with the fantastic or science fiction, and specifically various types of metamorphosis, in order to offer a less predictable perspective on World War Two.