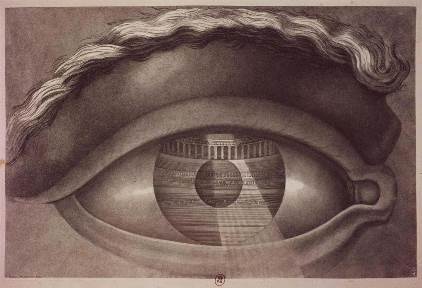 Across discourses and media, early modern Europeans encountered advice about and
models for interacting with the built environment around them. Architects scattered brief
instructions for designing a viewer’s experience throughout their treatises, poets narrated
imagined tours of house and estate, and artists who composed prints and paintings of
buildings located viewers at particular vantage points. Simultaneously, philosophers and
scientists debated human perception of the physical world at large – for example,
explanation first by Aristotelian Scholastics and then mechanistic philosophers of how
particle vibrations acted upon the human senses to create mental images of objects. Such
architectural, philosophical, and scientific discussions had their echoes in self-reflective
viewing of buildings by travellers who described in their journals the buildings that they
visited.

This conference investigates the terms, criteria and questions by which early modern
viewers were expected to and/or did interact with the built spaces around them. In so
doing, it merges independent yet overlapping strands of scholarly inquiry: for instance,
architectural and cultural historians have examined uses of spaces and a patron’s rationale
behind a design, while art historians who follow Michael Baxandall’s notion of the ‘period
eye’ and literary historians who discuss the imagined tours of poets have analyzed concepts
underpinning early modern viewing. These and other strands of inquiry are brought
together by an international, interdisciplinary group of speakers examining case studies
encompassing England, France, Italy, and the Netherlands during the sixteenth through
eighteenth centuries.