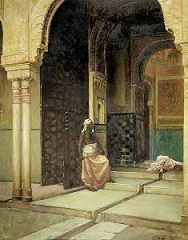 In addition to numerous articles on his research topics, he is the author of two books: The Poet's Art: Literary Theory in Castile, c. 1400-60 (1990) and The ‘Mester de clerecía’: Intellectuals and Ideologies in Thirteenth-Century Castile (2006), which was awarded the annual international book prize from the journal La Corónica. He has also edited or co-edited several volumes of essays, including Poetry at Court in Trastamaran Spain: From the ‘Cancionero de Baena’ to the ‘Cancionero general’ (with Michael Gerli, 1998), Cultural Traffic in the Medieval Romance World (with Simon Gaunt, 2004), Reading and Censorship in Early Modern Europe (2010, with María José Vega & Cesc Esteve), and Locating the Middle Ages: The Places and Spaces of Medieval Culture (2012, with Sarah Salih). His current projects include a book version of Núñez’s commentary on Juan de Mena, and a study of the emergence of the concept of literature in the late medieval and Early Modern periods.