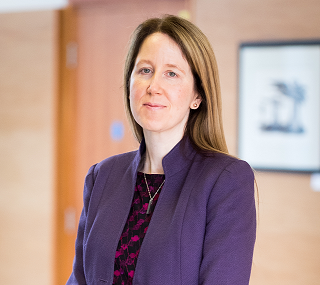 Deirdre McCann is Professor of Law and Policy at Durham Law School. Her research is in the field of labour law and policy at the domestic, EU and international levels. It has a particular focus on the influence of flexibility discourses on labour market regulation, precarious work, the measurement and comparison of labour law regimes and the influence of state norms in low-income settings. Her publications include Unacceptable forms of work: a multidimensional model, International Labour Review (with Judy Fudge, 2017); Creative Labour Regulation (Palgrave 2014) and Regulating Flexible Work (Oxford University Press 2008).

A former official of the International Labour Office in Geneva, Professor McCann has substantial experience in advising international policy actors, governments, and civil society organisations on labour law and policy. In recent years she has acted as an independent expert to the European Commission on the revision of the EU Working Time Directive and International Labour Organization on the Domestic Workers Convention, 2011 (No 189). Professor McCann is a founder and Co-Chair of the Organizing Committee of the international research Network on Regulating for Decent Work, a global interdisciplinary network of researchers and policy-makers that promotes innovative approaches to labour market regulation. She is on the editorial board of the Industrial Law Journal and a member of the Advisory Committee of the Labour Law Research Network. 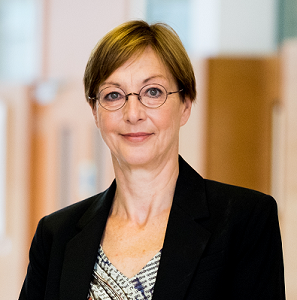 Judy Fudge is a Professor in Law at McMaster University. Judy was elected as a fellow of the Royal Society of Canada in 2013 for her contribution to labour law scholarship. Judy's books include Labour Before the Law: The Regulation of Workers? Collective Action in Canada, 1900 to 1948 (with Eric Tucker); Temporary work, agencies, and unfree labour: Insecurity in the new world of work (with Kendra Strauss); Challenging the Legal Boundaries of Work Regulation (with Kamala Sankaran, and Shae McCrystal); Constitutional Labour Rights in Canada: Farm Workers and the Fraser Case (with Fay Faraday and Eric Tucker); Work on Trial: Canadian Labour Law Struggles(with Eric Tucker); and Precarious Work, Women, and the New Economy: The Challenge to Legal Norms (with Rosemary Owens). In 2017 she published Unacceptable forms of work: A multidimensional model, International Labour Review (with Deirdre McCann, 2017). 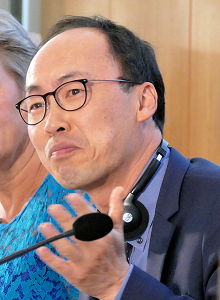 Dr. Sangheon Lee is the Director of the Employment Policy Department at the International Labour Office, Geneva. He specializes in analysing and monitoring changes in wages and working conditions with a view to developing improved policy responses. Dr Lee has written extensively on economic, employment and labour issues, including on the regulation of unacceptable forms of work. His publications includes articles in the International Labour Review and Socio-Economic Review, as well as editing volumes under the global research project of Regulating for Decent Work (Palgrave Macmillan) and as a main author of ILO flagship reports such as the Global Wage Report and the World Employment and Social Outlook. Dr Lee co-authored Working Time around the World (2007 Routledge). 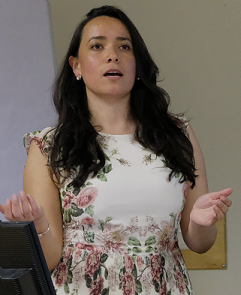 Arely Cruz-Santiago holds a Doctorate in Human Geography from Durham University. She is a Postdoctoral Research Associate and Project Manager on the ESRC/GCRF Strategic Network on Unacceptable Forms of Work. Her research uncovers the intimate and invisible forms of labor performed by families, communities and non-state agencies in the search for the missing. Her doctoral research analysed the different ways in which private citizens in Mexico engage in practices of forensics after the disappearance of a loved one— through data collection, creation of lines of enquiry for investigation, and location of clandestine burial sites. During 2014 – 2015 she was the Co-Investigator on the ESRC-funded project ‘Citizen-led forensics: DNA & data-banking as technologies of disruption’. Her publications include (2016) ‘Pure Corpses, Dangerous Citizens: transgressing the boundaries between mourners and experts in the search for the disappeared in Mexico’. Social Research: An International Quarterly 83(2): 483 – 510, and (2016) Forensic Civism: Articulating Science, DNA and kinship in Mexico and Colombia. Journal Human Remains and Violence. 2(1):58-74. Arely was recently awarded an ESRC Postdoctoral Fellowship in the Department of Geography at Durham University.

Karina Patricio Ferreira Lima is a doctoral researcher, part-time tutor and Modern Law Review Scholar at Durham Law School. She is a research assistant in the ESRC/GCRF Strategic Network on Legal Regulation of Unacceptable Forms of Work. Karina's research interests lie in the role of law in the world's political and economic organisation, especially under a distributive perspective. Her doctoral research aims to contribute to the political economy foundations of an international law on sovereign insolvency. Karina speaks English, Portuguese, and Spanish.