THE GLOBAL REGULATORY CHALLENGE: UNDERSTANDING INFORMALITY AND ITS IMPLICATIONS FOR DECENT WORK

Sustainable Development Goal 8 (SDG8) calls for ‘inclusive and sustainable economic growth, employment and decent work for all.’ Yet these objectives cannot be effectively met in the context of the informal economy and informal work. As result, Target 8.3 calls on countries to ‘encourage the formalization and growth of micro-, small- and medium-sized enterprises.' And ILO Recommendation No. 204 Concerning the Transition from the Informal to the Formal Economy 2014 (No. 204) identifies the informal economy a major challenge to workers’ rights, social outcomes such as social protection, decent working conditions and inclusive development and sound institutions, andharmful economic effects.

To make labour laws effective in practice, policy makers need to address the factors which are delaying the transition to a formal economy and leading to the informalisation of previously stable and secure jobs.

Informality is both a predominant feature of low-income countries, and an ever more present reality more advanced economies. Yet there is no uniformity in statistical categorisations of the informal labour market.

To address this challenge, a UFW Research Agenda on Informal Work and Labour Regulation has been designed by Professor Simon Deakin of the University of Cambridge.

AN ILLUSTRATION: CHINA AND INDIA

A useful illustration of these differences is provided by comparing China and India. A lower informality rate is reported for China as compared to India. Yet it is not clear how far it is the result of different statistical constructs or of underlying economic trends.

Table: Rates of Persons in Informal Employment, China and India

Source: ILO, Statistical Update on Employment in the Informal Economy (Geneva, 2012). Informality rates are stated as the percentage of the non-agricultural working population.

The Chinese statistical authorities adopt an enterprise-based approach. This definition excludes non-standard forms of work in formal sector firms, such as fixed-term and temporary agency work. In India, the official estimates are based on the coverage of regulatory mechanisms and institutions and types of enterprise.

The data from India shows that informal work is concentrated among those in disadvantaged groups including so-called scheduled castes and Muslim workers. There is also a gender divide, with women more likely than men to be employed in low-income and insecure jobs in both the formal and informal sectors.

In both countries, policy is playing a role both in the changes in the extent of the informal economy over time. In India, economic policy has been focused since the early 1990s on opening up the economy to international trade and reducing regulations that previously protected indigenous industries. These developments have been accompanied, in some sectors, by informalisation and a deterioration of work quality. China’s trajectory is very different. Restructuring of state-owned enterprises from the mid-1980s displaced tens of millions of workers from conditions of relative economic security. A weak regulatory regime had provided few formal legal protections for workers and few means of enforcement. The enactment of the Labour Contracts Act in 2007 introduced basic labour standards and strengthened dispute resolution mechanisms. There has been a reduction in the rate of informality since then, in which it appears that policy initiatives, including the 2007 Act, have played a role. 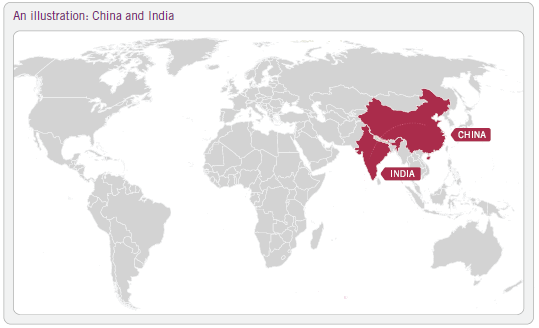 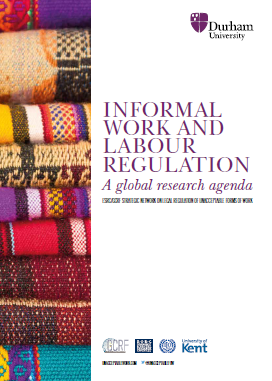 The key research questions include: