Over the past two decades, there has been a proliferation of “nonstandard” forms of employment. These jobs lack (a) effective regulation of working time and pay; (b) stable full-time relationships; and (c) crucial protections, such as unemployment insurance, effective enforcement of labour standards, and the right to organize.

Casual forms of work – such as day labour, on-call employment, and zero-hours contracts – are especially problematic for workers.Casual jobstend to be among the least secure and lowest-paying jobs. Further, disadvantaged workers (such as recent migrants, racial minorities, and the long-term unemployed) are most likely to be hired in these jobs.

CASUAL WORK AS A GLOBAL PHENOMENON: A RESEARCH AGENDA

In most countries, legal frameworks have failed to keep pace with such rapid changes in employment systems. This has contributed to a lack of labour protections for casual workers.

The Strategic Network on Legal Regulation of Unacceptable Forms of Work has designed a set of Research Agendas on combatting unacceptable work. The Research Agenda on Casual Work outlines a strategy to generate a global account of the rise of casual work and to identify effective state and civil society responses.

The Research Agenda has been designed by a Strategic Network Team that includes researchers and policy actors from across the world:

Comparative research on regulatory frameworks is crucial to combat UFW. It can provide global lessons from innovations in different countries. For this reason, the Network Team on Casual Work has suggested that future research should involve comparisons of countries at a range of income levels and in different regions.

As an illustration, an intial comparison on casual work could be conducted between South Africa (high unemployment, emerging economy) and the United States (low unemployment, advanced economy). Both countries have witnessed an expansion of casual work, notably construction and retail . In both countries, labour laws are ill-suited to the dynamics of casualisation. Yet both countries have vibrant NGOs that document the problems faced by casual workers, organize these workers, and press for employment law and labour market reforms. 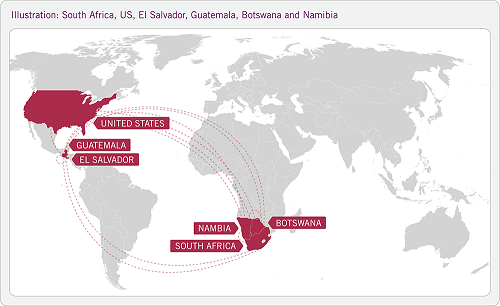 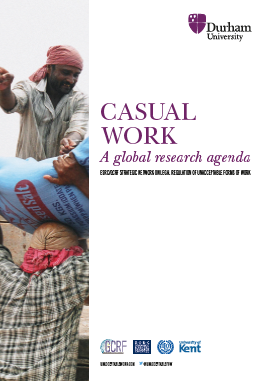 The objectives of this research agenda are: