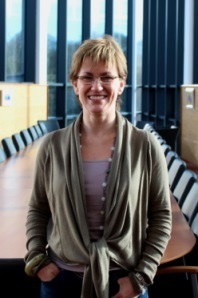 This report draws on interviews with 25 victim-survivors of image-based sexual abuse and over 25 stakeholders, including police, policy-makers, lawyers and survivor organisations conducted over a six-month period in 2018.

Imagine if you had a sexual image of yourself shared online without your consent. Sadly, this happens all too often and can be absolutely devastating for the victim.

Not only can this form of sexual abuse shatter someone’s life, but current laws are failing the victims. This is according to a new report by Durham University researchers.

These laws are too limited and are gambling with people’s lives, argue the researchers. Although they welcome the Government’s plan to review the legislation, they urge them to act now before more people suffer.

The researchers are calling on the UK Government to give automatic anonymity to victim-survivors of all forms of image-based sexual abuse and introduce a comprehensive criminal law sooner rather than later.

The report reveals the extent of the devastation this type of sexual abuse causes. Victim-survivors experience it as an extreme and intrusive violation that doesn’t ever stop, making them feel totally isolated from family, friends and society as a whole. Many suffer harassment and fear for their safety.

The impact is described by Deborah, a victim-survivor of image-based sexual abuse. She said: “It’s a type of rape, it’s just the digital version, like you’re still being exploited, you’re still being made very vulnerable and it’s still against your will…you’re being raped, it’s just in a different way, it’s just a new version of it.”

Despite the introduction of the new law on ‘upskirting’ – the act of secretly taking a picture under a victim’s skirt - many forms of so-called image-based sexual abuse are not yet fully covered by current laws.