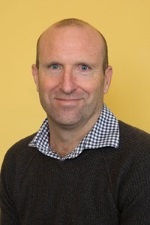 Former IAS Fellow, Dr Tom Murray's, feature film documentary on the life of WW1 Aboriginal soldier Douglas Grant, The Skin of Others is premiering online at the Sydney Film Festival, which runs digitally from 10-21 June 2020.

While undertaking his Fellowship in Durham, Dr Murray continued research into the life of Douglas Grant, which also saw him completing a short drama-documentary film, to expand understandings of late 19th Century and early 20th Century Australian history, and histories of otherness that relate to ideologies of race and culture.

The 67th Sydney Film Festival features world premieres of compelling true stories from some of Australia’s most exciting documentary filmmakers. Dr Murray's new film has been selected in the Best Australian Documentaries Competition.

The documentary film has also been reviewed in The Guardian (11 June 2020).