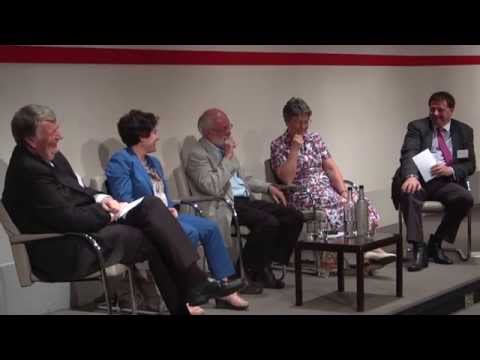 Light plays a central role in the physics of the universe, in the sustenance of life, in the technology that drives our society, in our physical and emotional well-being, in our perception of the natural and man-made environment, and in religious and literary metaphor.

This theme will develop links between the physics of light, the perception of light, the emotive effects of light and the representation of light in theology, philosophy and literature. It will explore how light affects health and well-being and how pressures of modern society, from advertising to security, lead to detrimental affects of light. It will explore the new technological roles of light and socioeconomic changes these roles will engender. The theme will also provide an opportunity to explore the fundamental properties of light - a substance that still has not lost its ability to surprise and delight.

"Light for Life: In the 19th century the main industrial use for light was illumination. In the 20th century, communication technology moved from electrons in wires to wireless transmissions (radio and microwaves) and fibre optics. In the 21st century, light is seen as a renewable energy source to replace fossil fuels. Solar cells can provide electricity to power equipment directly or can be used to split water into oxygen and hydrogen, which can then be stored, transported and burnt in a fuel cell. The transition from a hydrocarbon-fuelled society to one running off light and hydrogen not only poses major technical and economic challenges, but also has implications for land use, urban design and geopolitics, as the sources of power shift among nations. This sub-theme will consider the harnessing of light for food security as well as harvesting and storing light. Plants get the energy for photosynthesis from visible light, but how does electromagnetic energy become chemical energy to fuel this process? Scientists will come together with the aim of developing new technologies to store photoreceptor captured light energy, especially focusing on the receptors, photocatalytic fuel synthesis and overall efficiency for light to fuel conversion.

Light and wellbeing: Light is the ultimate sustainer of life on earth and the complex mechanisms that evolved in nature to capture the energy from light provide an inspiration as we seek to harness light more efficiently for our own purposes. Light influences our health and well-being in other less fundamental ways, both good and bad. Exposure of our skin to sunlight is needed for the synthesis of vitamin D, but overexposure to ultraviolet light leads to skin cancer. Mood and behaviour are strongly affected by light, with prolonged darkness or dull weather leading to lassitude and depression. The right to light is encoded in urban building regulations, yet light is also seen as a form of pollution, disruptive to nocturnal wildlife, disturbing to sleep and hiding the beauty of the stars from our eyes. This modern ambivalence to light contrasts to its overwhelming association with good in the history of Western thought. A varied programme of activities proposed within this subtheme will seek to address a number of important issues: can we validate the proposed health issues both for children and adults posed by current and future building lighting plans? Is it possible to strike the right balance between the environment, economics and health and wellbeing? Are we able to control mood and wellbeing by manipulating light, colour, reflection and aesthetics (exploiting the pleasure of light) through physics, architecture and engineering? Can we manipulate light to improve the wellbeing of visually impaired individuals? Why is light so important to life? How do animals sense, use and rely on light sensing to shape their life cycles?

Light, the Senses, and the Aesthetic: The physical immanence of light (even the darkest vacuum is populated by virtual photons popping momentarily into existence before vanishing again) is in contrast to our perception of light, which is entirely in relative terms, as the quotation from Ruskin illustrates. Our brains do not interpret absolute light levels, but the relative brightness and hue of juxtaposed objects. While this sensitivity to gradients in light may have evolved to aid rapid identification of prey or predators, it also influences our perception of reality and our concept of beauty. Landscape photographers do not take their pictures in the midday sun, but in the morning and evening when shadows heighten contrast and mists generate atmosphere. Portrait artists light their subjects from the side, while chiaroscuro has been used since the Renaissance not only to create depth but as a central compositional construct by artists such as Caravaggio and Vermeer. Light and colour provide a sense of space that significantly transforms the environment in which we live and work. New advancements in the study and experimentation of organic and inorganic electroluminescent materials have enhanced this transformative power considerably, allowing architects and interior designers to manipulate the sense of space in accordance to biological rhythms, cultural needs and collective feelings. Far from serving the function of merely illuminating darkness, artificial light is able today to dramatically change the physical perception of space, the emotional predisposition with which we perform our work and leisure activities, and the visual dynamics through which we approach the world. The Architectures of Light project intends to exploit this new creative function of luminescent material to visualise the Vitruvian subtext of Durham Cathedral, showcasing the virtual power of light as a new tool of historical exploration.

Life, Culture and Practices: Light as a technical, historical, cultural and social phenomenon will be given consideration under the auspices of Life, Culture and Practices. Activities will review artificial light as well the relationship between light and knowledge through language in ways that have political and epistemological implications. Seminars will trace the development, for example, of artificial light from its earliest attested use, through the advent of electric lighting, to questions surrounding the future of energy supply and its implications for uses of light which are often taken for granted, and on which advanced economies have come to depend. Attention to the dialogue of knowledge, language and light opens onto the possibility that light itself may be a kind of language. The 'Languages of Light' research activity will examine for example the semiotics of light, and its epistemological implications as well as the considering the extent to which perspectives from different languages, historical periods and cultural contexts highlight and help to elucidate (the terms themselves are indicative) key issues surrounding the meaning of light.