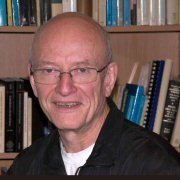 Deryck Beyleveld, BSc.Hons (Rand), MA (Cantab),.PhD, FSB, Professor of Law and Bioethics. His numerous publications span Criminology, Philosophy of the Social Sciences, Moral and Legal Philosophy, and many areas of law. He has a special interest in the regulation and ethics of Biotechnology and Medical Science, and founded the Sheffield Institute of Biotechnological Law and Ethics (SIBLE) in 1994, which he directed until his appointment at Durham University in 2006. He is an exponent of the moral theory of the American philosopher, Alan Gewirth, and much of his work involves application of this theory in the critical analysis of law. He is the author of A Bibliography on General Deterrence Research (Saxon House 1980) and The Dialectical Necessity of Morality (Chicago University Press 1991); co-author (with Roger Brownsword) of Law as a Moral Judgment (Sweet and Maxell 1986 and Sheffield Academic Press 1994), Mice Morality and Patents (Common Law Institute of Intellectual Property 1993), Human Dignity in Bioethics and Biolaw (OUP 2001), and Consent in the Law (Hart 2007); and co-author with a group of lawyers, scientists, clinicians, and philosophers of Embryo Research in Pluralistic Europe (Springer 2003). He has participated in many EC funded projects, and he co-ordinated an EC funded Concerted Action PRIVIREAL on the Implementation of the Data Protection Directive in Relation to Medical Research and the Role of Research Ethics Committees from 2002-2005. He holds the Visiting Chair in Moral Philosoph and Applied Ethics at the University of Utrecht, which occupies 20% of his time. He was Vice-Chair of South Sheffield Local Research Ethics Committee from 1992-1998 and Vice-Chair of Trent Multi-Centre Research Ethics Committee from 1997-2005. He is on the Advisory Board of the Polish Jurisprudence Journal Ius et Lex, of Medical Law International, and Medicine and Law (the journal of the World Association of Medical Law), and the Editorial Committee of Law, Innovation and Technology.