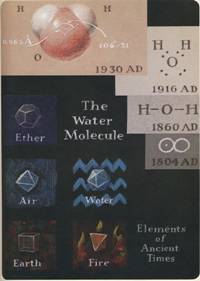 Reflections on Water Public Lecture - Water an Element or Compound? Principles, Particles and Elements in the Chemical Revolution

This is the fifth lecture in the 'Reflections on Water' public lecture series.

The composition of water was a key point of contention in the ‘Chemical Revolution’ of the late 18th century. Antoine-Laurent Lavoisier’s notion that water was a compound of oxygen and hydrogen flew in the face of the traditional wisdom that water was an element, and Lavoisier was so concerned to convince the sceptics on this point as to stage a large-scale public demonstration of the analysis and synthesis of water.

Yet opposition to Lavoisier’s doctrine on the composition of water (and his whole new system of chemistry) persisted in various corners, for much longer than usually recognised even by historians of science. There were entirely coherent alternative explanations of the conversion of water into hydrogen and oxygen, and the latter two back into water. Henry Cavendish, from whose work Lavoisier had learned how to make water from hydrogen and oxygen, thought that hydrogen was made by giving excess phlogiston to water, and oxygen by depriving water of phlogiston. Joseph Priestley, who had made oxygen before Lavoisier, adopted Cavendish’s view of water and defended it beyond Lavoisier’s death at the guillotine in 1794, and to his own death in exile in America in 1804. Even the electrolysis of water failed to produce sufficient proof to generate a complete consensus, as disputes about the mechanism of electrolysis continued throughout the 19th century. This surprising controversy about the composition of water illustrates some larger points: how difficult it is to produce a complete consensus about any item of scientific knowledge, and perhaps how unwise it is to demand such a consensus prematurely. Nowadays chemists have come to understand that while water is indeed a compound, a simple heap of H2O molecules would not make water what it is. The unique properties of water rest on the electrical polarity of its molecules, on their ionic dissociation, and on the hydrogen bonds that link them up to each other.