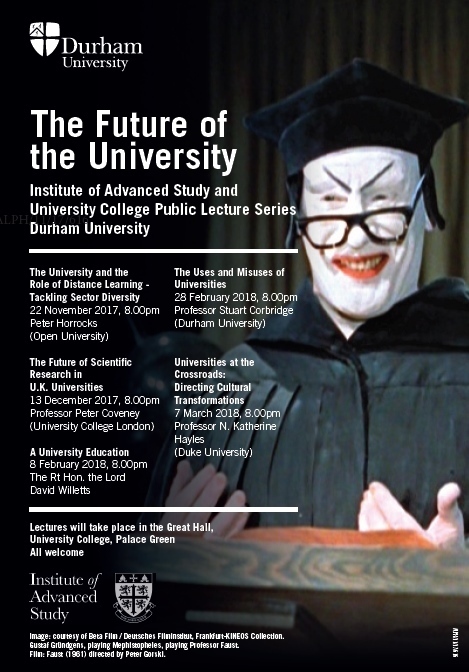 Over the past fifteen years, we have witnessed a series of events which have collectively served to transform the environment in which scientific research is conducted in U.K. universities.

Funding of research in U.K. universities has been changed beyond recognition by the introduction of the so-called "full economic cost model". The net result of this has been the halving of the number of grants funded and the top slicing of up to 50% and beyond of those that are funded straight to the institution, not the grant holder. Overall, there is less research being performed. Is it of higher quality because the overheads are used to provide a first rate environment in which to conduct the research?

We shall trace the pathway of the indirect costs within U.K. universities and look at where these sizeable sums of money have ended up.

The full economic cost model is so attractive to management inside research led U.K. universities that the blueprint is applied willy-nilly to assess the activities of academics, and the value of their research, regardless of where their funding is coming from. We shall illustrate the black hole into which universities have fallen as senior managers seek to exploit these side products of modern scientific research in U.K. Meta activities such as HEFCE's REF consume unconscionable quantities of academics' time, determine university IT and other policies, in the hope of attracting ever more income, but have done little to assist with the prosecution of more and better science. Indeed, it may be argued that they have had the opposite effect.

Innovation, the impact on the economy resulting from U.K. universities' activities, shows few signs of lifting off. We shall explore the reasons for this; they reside in a wilful confusion of universities' roles as public institutions with the overwhelming desire to run them as businesses. Despite the egregious failure of market capitalism in 2008, their management cadres simply cannot stop themselves wanting to ape the private sector.

And finally, there is the looming shadow of Brexit. We shall assess the ways in which the withdrawal of U.K. from the E.U. will further substantially undermine the U.K.'s ability to perform fundamental scientific research over the coming decades.

This lecture is free and open to all, and is on a first come, first served basis. The series will be held in the Great Hall at University College (Durham Castle). Doors will open at 7.45pm.For further information contact the IAS (enquiries.ias@durham.ac.uk).

During 2017/18 leading world figures on the university and political stages will deliver a public lecture in the Great Hall of the Castle. Speakers include Peter Horrocks CBE, Professor Peter Coveney, Lord David Willetts, and Professor N.Kate Hayles among others. Follow this link for the full list of speakers