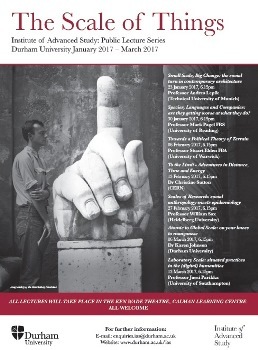 Abstract
Laboratories have become privileged places of scalar operations. A visual focus on microscopic realities turns into exportable products of information, inscribed, written down, discussed much outside the confines of the laboratory itself. Laboratory studies of science and technology have produced a significant sense of what labs do as such places of odd seeming entanglements of non-human realities and human, academic chatter, but the past years have seen also a different sort of lab emerging. Culture labs, design labs, (digital) humanities and media labs are a more recent wave of the laboratorisation of the academia. Such constructs are perhaps often rhetorical ways to capture some of the aura of the scientificity of the lab, but as part of the discussion about labs, they also suggest ways to embody new scales of humanities knowledge. This scalar operation is one that touches on disciplinary boundaries as much as the actual objects of knowledge. Labs become sites of humanities where massive scales of (big) data are interfaced with the sort of questions considered revolutionalised by exactly that availability of the data. This talk will address this situation of the lab as a site of new sorts of techniques of interfacing and a shift both in the objects as well as the sites/disciplines themselves. What does the lab itself mean as a condition of knowledge, both in its rhetorics and its infrastructural materiality?

Biography
Jussi Parikka is Professor at the Winchester School of Art (University of Southampton) whose work in media theory has received wide international attention; the various books have addressed a range of topics relevant to a critical understanding of network culture, aesthetics and media archaeology of the digital. The books include the media ecology-trilogy Digital Contagions (2007), Insect Media (2010) and A Geology of Media (2015), which addresses the environmental contexts of technical media culture. In addition, Parikka has published such books as What is Media Archaeology (2012) and edited various books, most recently Writing and Unwriting (Media) Art History (2015, with Joasia Krysa) on the Finnish media art pioneer Erkki Kurenniemi. His website/blog is at http://jussiparikka.net.