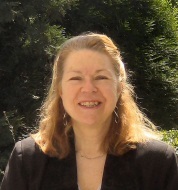 Emergence is a generative idea with respect to portraiture in two main ways. First, as artists work something emerges; in the case of portraiture a representation of a specific, nameable person does so. Emergence reminds us of the importance of the processes whereby a portrait comes into being, processes that play a central role in understanding both portraits and portraiture as a genre whose popularity is still increasing. Second, something of the sitter emerges for viewers when they see a portrait. As a result, people feel confident making statements about those depicted, as if they knew them directly, and had significant knowledge of them. How it possible for a sense of someone to emerge from paint or pencil, pastel, marble, wood or metal? This lecture uses the idea of emergence as a way of thinking about the extremely complex issues that portrait-making raises in certain cultures, including our own.

Ludmilla Jordanova joined Durham University in September 2013 as Professor of History and Visual Culture. She is closely involved with the Centre for Visual Arts and Cultures, chairs the University's Museums Committee and is a member of Trevelyan College. As a Trustee of the Science Museum Group, she chairs their Collections and Research Committee and sits on the Advisory Board for the National Railway Museum. She was a Trustee of the National Portrait Gallery, London, between 2001 and 2009. Her most recent book is The Look of the Past: Visual and Material Evidence in Historical Practice, published by Cambridge University Press in 2012. She has been working on portraiture since the early 1990s, most recently as part of a Medical Humanities grant from the Wellcome Trust to King's College, London, where she was Professor of Modern History between 2006 and 2013. She has also worked at the Universities of Cambridge, Oxford, Essex, York and East Anglia. Her books include Sexual Visions (1989), Nature Displayed (1999), Defining Features (2000), History in Practice (2000, 2nd edition 2006, 3rd edition 2015).