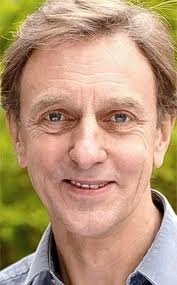 Thinking About Emergence Public Lecture - Emergence of the Mind

Each year the IAS organises a public lecture series relating to the Institute’s research theme, aiming to deliver an exciting and stimulating series drawing a wide range of speakers and researchers to Durham and encouraging wider public engagement with the work and ideas emerging from the IAS.

These lectures are free and open to all.

Abstract
Whatever the mind is, it is certainly dependent on the properties of the brain. It’s not surprising, then, that the special characteristics of the human mind, which have given our species a leading place in the ecosystem of our world, result from the enlargement of the brain during hominid evolution. The human brain is very big, but not as large as the brains of elephants, whales or even Neanderthal man. The fundamental features of our nerve cells and our cerebral cortex are very similar to those of a mouse, and most of the so-called unique characteristics of human cognition have been demonstrated in other species. Yet there clearly is something distinctive about human beings. Elephants can’t talk. Whales haven’t invented science. And we got rid of Neanderthal man! Moreover, the genetic changes that created the human brain occurred more than 200,000 years ago. To the extent that the minds of 21st century human beings are different from those of our Stone-Age ancestors, natural selection is not responsible for the emergence of the modern mind. What could have driven the evolution of culture?

Biography
Colin Blakemore studied medicine at Cambridge and did a PhD at the University of California, Berkeley. He worked at Cambridge, then Oxford, and was Chief Executive of the Medical Research Council, before he moved to the School of Advanced Study in London in 2012. His research has been concerned with vision, development of the brain and plasticity of the cerebral cortex. He has been President of the British Science Association, the British Neuroscience Association, the Physiological Society and the Society of Biology. He now leads a major project aimed at integrating philosophical and scientific approaches to the study of perception. He is a frequent broadcaster on radio and television, and writes in the national press about science and science policy. He was knighted in 2014 for “services to scientific research, policy and outreach”.