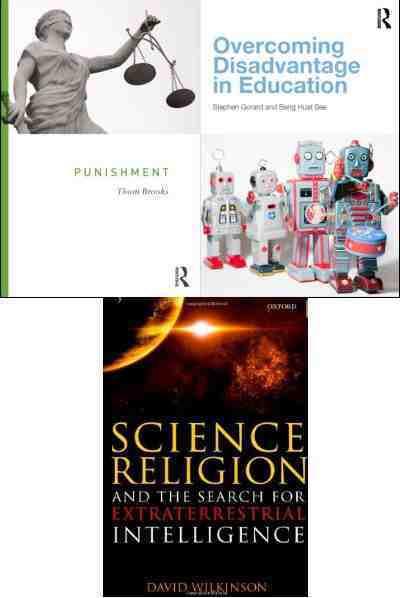 Writing in the University requires a particular set of skills and is shaped by some very particular pressures. Academic authors need to present original research, to respond to the cut and thrust of peer reviews, to engage in scholarly debate with colleagues, and to be accessible to wider audiences. What is it like to write in this context? Find out by meeting a range of University authors at this exciting event held in Cafe on the Green on Thursday 17 October 2013, 6.00pm.

If the discovery of life elsewhere in the universe is just around the corner, what would be the consequences for religion? Would it represent another major conflict between science and religion, even leading to the death of faith? Some would suggest that the discovery of any suggestion of extraterrestrial life would have a greater impact than even the Copernican and Darwinian revolutions.

It is now over 50 years since the first modern scientific papers were published on the search for extraterrestrial intelligence (SETI). Yet the religious implications of this search and possible discovery have never been systematically addressed in the scientific or theological arena. SETI is now entering its most important era of scientific development. New observation techniques are leading to the discovery of extra-solar planets daily, and the Kepler mission has already collected over 1000 planetary candidates. This deluge of data is transforming the scientific and popular view of the existence of extraterrestrial intelligence. Earth-like planets outside of our solar system can now be identified and searched for signs of life.

Now is a crucial time to assess the scientific and theological questions behind this search. This book sets out the scientific arguments undergirding SETI, with particular attention to the uncertainties in arguments and the strength of the data already assembled. It assesses not only the discovery of planets but other areas such as the Fermi paradox, the origin and evolution of intelligent life, and current SETI strategies. In all of this it reflects on how these questions are shaped by history and pop culture and their relationship with religion, especially Christian theology. It is argued that theologians need to take seriously SETI and to examine some central doctrines such as creation, incarnation, revelation, and salvation in the light of the possibility of extraterrestrial life.

Professor David Wilkinson is Principal of St John’s College, Durham University and Professor of Theology and Religion. His background is research in theoretical astrophysics, where he gained a PhD in the study of star formation, the chemical evolution of galaxies and terrestrial mass extinctions. He is a Fellow of the Royal Astronomical Society. After this research he trained for the Methodist ministry, serving in a variety of appointments. His current work at Durham University involves the relationship of the Christian faith to contemporary culture, from science to pop-culture. He also holds a PhD in Systematic Theology where he explored the future of the physical universe.

Punishment is a topic of increasing importance for citizens and policymakers. Why should we punish criminals? Which theory of punishment is most compelling? Is the death penalty ever justified? These questions and many others are addressed in this highly engaging guide.

Punishment is a critical introduction to the philosophy of punishment, offering a new and refreshing approach that will benefit readers of all backgrounds and interests. The first critical guide to examine all leading contemporary theories of punishment, this book explores – among others – the communicative theory of punishment, restorative justice, and the unified theory of punishment. Thom Brooks examines several case studies in detail, including capital punishment, juvenile offending, and domestic abuse. Punishment highlights the problems and prospects of different approaches in order to argue for a more pluralistic and compelling perspective that is novel and groundbreaking.

Thom Brooks is Reader in Law at Durham Law School and works in the areas of ethics, law and public policy. He has held visiting appointments at St John's College, Oxford; University of St Andrews and Uppsala University and he taught previously at Newcastle University. He is an Academician of the Academy of Social Sciences, Fellow of the Royal Historical Society and Fellow of the Royal Society of Arts. Brooks is the founding editor of the Journal of Moral Philosophy.

Governments, local authorities, school leaders, and teachers all over the world want to improve the educational attainment and participation of all students, and to minimise any systematic differences in outcomes for social and economic groups. A particular concern is for those students from backgrounds that may objectively disadvantage them at school and beyond. However, considerable effort and money is currently being wasted on policies, practices and interventions that have very little hope of success, and that may indeed endanger the progress that is being made otherwise. The poor quality of much education research evidence, coupled with an unwillingness among users of evidence to discriminate appropriately between what we know and do not know, means that opportunities are being missed. At a time of reduced public spending it is important that proposed interventions are both effective and efficient.

Stephen Gorard is Professor of Education and Wellbeing, and Fellow of the Wolfson Research Institute at Durham University, and Honorary Professorial Fellow at the University of Birmingham. He has previously held chairs at Cardiff and York. He is a Methods Expert for the US government Institute of Education Science, member of the ESRC Grants awarding Panel, and Academician of the Academy of Social Sciences.

His work concerns the robust evaluation of education as a lifelong process, focused on issues of equity and effectiveness. He regularly advises governments and other policy-makers, including the House of Commons Education Committee since 2003. He is currently an evaluator for the European Commission Directorate-General for Education and Culture, the Department of Work and Pensions, the Food Standards Agency, the Learning and Skills Information Service, and the Educational Endowment Foundation. He is author of nearly 1,000 books and papers.