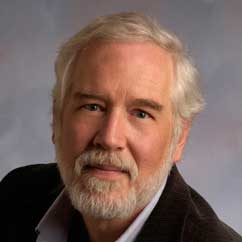 The Light Year Public Lecture Series - The Light Bulb’s Many Inventors: Creating a Culture of Artificial Light, 1870 to 1920

In this lecture, Ernest Freeberg takes a closer look at the origin and transformative impact of the electric light bulb. While we often declare the electric light to be Thomas Edison’s greatest invention, Freeberg shows that Edison was just one part of a trans-Atlantic culture of technological creativity emerging in the 19th century. This talk explores the many surprising ways that electric light changed modern life forever.

To modern readers, electric light is so common that its remarkable qualities are buried under a thick layer of the obvious. We have forgotten the excitement and wonder that people felt when they saw electric light for the first time, their giddy sense that they were witnessing the birth of a new age. But Freeberg shows that people were not simply passive consumers of Edison’s “miraculous” new light; rather, they played an active role in its creation. In myriad ways, they grappled with its meaning, and used their own powers of invention to adapt the technology to a full spectrum of new uses that no single inventor, no matter how far-sighted, could have anticipated. By tracing the role that incandescent light played in the pivotal decades when our modern urban and commercial culture was born, we can better understand the sources of our society’s great technological creativity, and appreciate that inventions are not simply conjured up by great men like Edison, but evolve as they are shaped by a variety of political, economic and cultural forces.

Ernest Freeberg is a Distinguished Professor of Humanities in the history department at the University of Tennessee. In 2013 he published The Age of Edison: Electric Light and the Invention of Modern America, a book that explores the social and cultural impact of this invention in its early decades. He is also the author of The Education of Laura Bridgman, winner of the American Historical Association’s Dunning Prize, and Democracy’s Prisoner, which was a Los Angeles Times Book Prize finalist and winner of the David J. Langum, Sr. Prize in American Legal History. Freeberg is a distinguished lecturer for the Organization of American Historians and has produced a number of public radio documentaries on historical themes.

The venue for this series is the Calman Learning Centre. Directions can be located at here. Alternatively on the University map, the CLC is denoted at building number: 43.