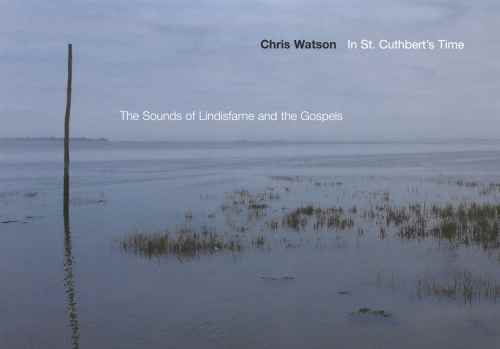 Throughout human history artists have been influenced by their surroundings and the sounds of the landscape they inhabit.

When Eadfrith, the Bishop of Lindisfarne, was writing and illustrating the Lindisfarne Gospels on that island during the late 7thCentury and early 8thCentury he would have been immersed in the seasonal sounds around the island.

For ‘In St Cuthbert’s Time’, a collaboration with Durham University’s Institute of Advanced Study, and other Durham-based researchers, artist Chris Watson has created a sound installation that reflects the acoustic landscape of that island during the time that the Lindisfarne Gospels were being considered, written and illustrated.

Durham Cathedral’s Holy Cross Chapel provides an inspiring location for quiet reflection and meditation on the sounds St Cuthbert and the other monks would have experienced for themselves.

The installation will run continuously on a loop lasting around forty to fifty minutes and reflect the seasonal changes of a year out on the island. It will be played at a very discrete level as the intention is to create an atmosphere within the Chapel as if the Chapel was on the island and the natural sounds of that place were percolating inside through the two large unglazed windows. The replay level and spatial representation of the work is key to its success.

There will also be a new album released on Touch to coincide with this event. More information on the CD & download release to follow in due course...

Chris Watson is one of the world's leading sound recordists of wildlife and natural phenomena, and for Touch he edits his field recordings into a filmic narrative. For example; the unearthly groaning of ice in an Icelandic glacier is a classic example of, in Watson's words, putting a microphone where you can't put your ears. He was born in 1953 in Sheffield where he attended Rowlinson School and Stannington College. He was a founding member of the influential Sheffield-based experimental music group Cabaret Voltaire. His sound recording career began in 1981 when he joined Tyne Tees Television. Since then he has developed a particular and passionate interest in recording the wildlife sounds of animals, habitats and atmospheres from around the world. As a freelance recordist for film, TV & radio, Watson specialises in natural history and documentary location sound together with track assembly and sound design in post production.

Watson has appeared on many BBC Radio productions including ‘A Guide to Garden Birds’, ‘The Reed Bed’, ‘Jules Verne's Volcanoe’, ‘The Ditch’, ‘Elegies from a Suburban Garden’ and ‘The Wire’ which won him the Broadcasting Press Guild’s Broadcaster of The Year Award (2012). He also gives performances and creates sound installations, specialising in multi-channel works, for example, recreating the sound of John Constable's "The Cornfield" in front of the original painting at The National Gallery in London (2010).

In 2006 Watson was awarded an Honorary Doctor of Technology degree by the University of the West of England "In recognition of his outstanding contribution to sound recording technology, especially in the field of natural history and documentary location sound."

In 2010 he devised an art project at Liverpool's Alder Hey Children's Hospital, using sound recordings made by himself, patients and hospital staff to relax and calm other young patients as they received medical procedures and treatments. In the same year he initiated The Bee Symphony with Marcus Davidson & Mike Harding, which was originally commissioned by Pestival at The South Bank, London.

In 2011 Watson was awarded an Honorary Doctorate by the University of The Arts in London.

During 2012 Watson has been working on a commission from Aldeburgh Music to make a piece which reflects the ‘composing walks’ taken daily by Benjamin Britten out from the Red House in Aldeburgh. “In Britten’s Footsteps” which is part of the Britten Centenary year Festival will be performed in the Britten Studio, Snape Maltings Concert Hall on February 1st 2013.