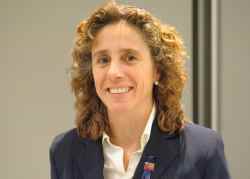 The desire to live forever has a long history in the Western world, from the Greeks to the Anti-Ageing health regimes of today. ‘Keeping Time at Bay’ explores the rise of the elderly in seventeenth-century medical culture, revealing that despite Christian teaching to retire meekly from this world and await the next, the elderly were actively involved in England’s medical market place where money mattered in the pursuit of good health. Botelho takes this story into the present age of expensive and elective medical therapies designed to keep the passage of Time off the faces and bodies of the old. As a result, she predicts that a two-tiered class system of older people will emerge: those who can afford to live a long and healthy life and those who cannot.

She is the Series Editor of ‘The Body, Gender, and Culture’, a monograph series for Pickering and Chatto Press.