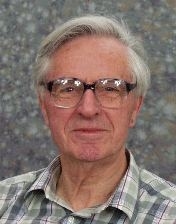 This is the first lecture in the series, 'About Time'.

In the early 18th Century, Britain's maritime supremacy was at risk because of poor navigational accuracy, leading to many losses at sea. The problem was mainly that of determining longitude. The Royal Greenwich Observatory had been set up in 1675 with the provision of accurate star maps for navigation as its aim but progress had been slow. A new approach was by way of the 1714 Act offering £20,000 to 'the author of any method whereby a ship shall sail......without losing her longitude more than half a degree....'.

The solution came by way of horology, rather than astronomy; John Harrison a self-taught clockmaker made a superb sea-going 'watch' of sufficient accuracy and eventually--after many reverses gained the money.

The lecture will deal with the techniques developed for measuring time from the Harrison period to the present, including predictions for the future.

Professor Sir Arnold Wolfendale left a Lectureship at Manchester in 1956 for '2 or 3 years in Durham'; he is still here, now as Emeritus Professor.

Arnold was Head of the Durham Physics Department for ten years and he led the Department into Astronomy. His research area has broadened from Cosmic Ray Astrophysics to include Climate Change studies. He has been President of several bodies, including, at present, the Antiquarian Horological Society. He was the 14th Astronomer Royal and was knighted in 1995.