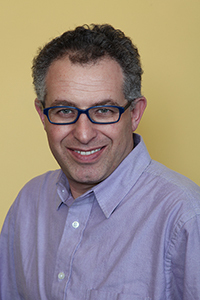 The literature contained in the Dead Sea Scrolls was mostly written by an extremist group, apocalyptic in nature, which practiced strict segregation from the rest of the nation and severe laws of purity. The scrolls are mostly studied through this prism. However, the extraordinary blend of beliefs and practices which materialized in this ancient sect generated a series of surprisingly deep reflection on the fundamentals of human existence. These reflections are informed on the one hand by the apocalyptic background of the Yahad community (as the Qumran sectaries call themselves), while on the other hand one may detect in them a reflection to the Hellenistic Zeitgeist of the time. The sect was a traditionalist one and thus had to buttress its teachings in biblical concepts to prove their antiquity and reliable provenance, but indeed the concepts were quite often innovative and reactionist. In the lecture we shall examine the sectarian reflection of Time and on Language, as the two of them were fashioned through the prism of the biblical institution of Prophecy.

Map - St. John's College is denoted as building No; 17