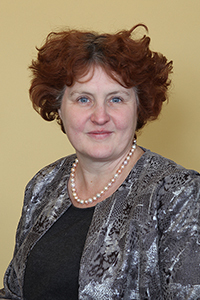 IAS/Fulbright Fellow's Public Lecture - Emergency Time, crisis and the Role of the State: Reflections on the Past, Present and the Future

Emergency Time, Crisis and the Role of the State: Reflections on the Past, Present and the Future

Despite the turn towards postmodernism in IR theory, much of our theorizing in international relations still rests on implicit understandings about time, trajectories and teleologies. Our theories about democratization, the use of power and political development all rest on assumptions about the pace, timing, sequence and tempo of change. Many of these understandings about time form the basis for our normative judgements about state development – including the idea that a state is developing too quickly, too slowly or along the ‘wrong’ lines. These understandings also affect how we think about crisis – as a period which is somehow outside of time and where our temporal understandings are suspended or upended. In this lecture we consider two subjects: First, what do we know or think we know about time in IR theory today? Secondly, are there any “rules” which we can derive about the relationship between crisis, the increased tempo at which the state operates during an emergency, and the ways in which it affects state power?

Map - Ustinov College is denoted as building No: 52