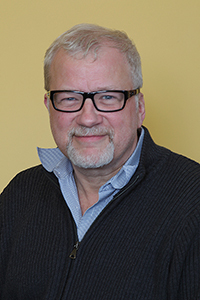 Although cinematic production in Spain has long been tied to Madrid and Barcelona, leading many critics and historians to speak of a “bi-capitality” that cannot be reduced to the political capitality of Madrid, the idea of “Catalan cinema” remains decidedly more contested than that of “Spanish cinema,” especially in the light of nearly forty years of Francoist censorship that zealously guarded both the territorial indissolubility and monolingual unity of the State. Then again, both before and after the dictatorship, “multinational” economic forces of production, distribution, and exhibition effected a more diffuse, if often no less powerful, mode of censorship, privileging so-called “major” languages like Spanish, with millions of potential consumers in the Americas, over so-called “minor” languages like Catalan. Not surprisingly, the passage from silent to sound cinema in the late 1920s and early 1930s constituted the first of many crises for “Catalan cinema”, which issued—before, during, and, especially, after the dictatorship—in a variety of endeavors and experiments in double versions, heteroglossia, laconism, ambient sound, or even post-sound silence in which the visual image is, as it were, amplified, intensified, and brought to the foreground. Time and space, and not just language, are implicated in this interplay of silence and sound, censorship and articulation, be it in the fleeting presence of written and spoken signs (a billboard behind a speeding automobile, a second-long shout amid a volley of other shouts) or in the seemingly more enduring presence of symbolically laden landscapes and cityscapes. Taking seriously Ramon (Terenci) Moix’s claim that, “the Catalan spectator expects from its language, in cinema, quite a bit more than words,” Professor Brad Epps shall examine some of the ties and tensions between temporality, territoriality, and language—or history, land, and communication—in the cinematic practice of Catalonia and its capital, Barcelona, with the hope of sparking a comparative and interdisciplinary conversation that engages other histories, other lands, and other modes of communication.

Map - St Mary's College is denoted as building No: 10