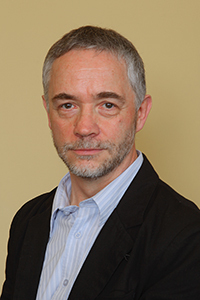 IAS Fellow's Public Lecture - From here to the hereafter: genesis and apogenesis in Roman art and architecture

In this paper Professor Robert Hannah proposes that in both public and private, élite and plebeian contexts, the pivotal times of the equinoxes and solstices in the solar year were regarded as providing liminal ‘passageways’ between the time-bound, mortal world of the ‘here and now’ and the timeless or perpetual, immortal world of the ‘hereafter’.

According to the Neoplatonic philosopher Porphyry, in the Roman mystery cult of Mithras the midsummer solstice was regarded as the point of entry for souls from heaven into this world (genesis), while at the midwinter solstice there lay the point of re-entry to heaven (apogenesis). The sun-god Mithras oversaw this migration of souls from his seat at the equinoxes. The cult’s meetings and rituals took place in a cave-like setting, whose form was regarded as a symbol of the cosmos. Professor Hannah argues that this conception pervaded ancient society well beyond the boundaries of this esoteric cult. It may be found, for example, in particular Roman monuments, such as the imperial palace of Nero; Hadrian’s Pantheon; and the Antonine Column. All of these highlight the pivotal solar times of the equinoxes or solstices as liminal passageways for the emperor’s soul between this world and the next. But the notion also occurs in other contexts, notably the meeting rooms of Mithraism, and the domed churches of the Byzantine empire, eastern descendants of the Pantheon. These last are additionally significant for ‘democratising’ the road to eternity, by making it open also to the non-élite, plebeian members of society.

Map - St Mary's College is denoted as building No: 10