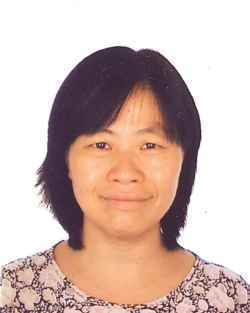 Socrates spoke against tragedy in the name of philosophy-politics (the ideal marriage of the two resulting in the Philosopher-King), yet it was politics which pronounced the death sentence on the philosopher Socrates. This did not deter the philosopher’s complete identification with his polis.  By choosing death as an Athenian citizen (polítès) instead of a life uprooted from the polis and politics, the philosopher became, unbeknownst to himself, a tragic hero—the hero of an institution he had devoted his life to destroying. Yet it was as a tragic hero that Socrates lives a second life unto this day. Above all, it was by choosing death, by thus willy-nilly turning himself into a tragic hero,that Socrates the philosopher was able to bring about a better politics/polis to come.

Crossing disciplines, in other words, requires not just reading ideas alongside each other but also against each other, so that the strengths and limitations as well as the structure and grammar of each field of inquiry could emerge in a critical dialogue of mutual defamiliarization.  This lecture will thus critically examine both the continuities and discontinuities between philosophy and politics via a close study of the gradual temporalization of the term “politics” in modern Europe and  certain fundamental transformations in Western politics constituted by, and constitutive of,  this temporalization . The transformations to be examined will include: from politics as identified with the polis and its politeia and institutions, to politics as activity and change; from politics as primarily concerning the eternal question of justice, to politics as  strategic use of contingency in  intrigues of power struggle; from politics as rooted in a unified polis, to politics as an ever-changing, ever-reshuffling of powers both internal and external to the state;  and from the kinship between politics and philosophy, to the alliance between politics and game theory.

Professor Cheng will then use this analysis to reassess a number of questions across a variety of disciplines, but limiting myself in this lecture to the tensions between philosophy and politics. Cases studied will include Heidegger’s Nazi involvement arising from his confusion of the temporalities of philosophy and politics, and Ezra Pound’s naïve fascism produced by a similar temporal confusion of aesthetics with politics. (In this connection, Benjamin’s call for “politicizing aesthetics” will be examined in a new light.) I will also discuss the different temporalities between the rule of law and the rule of man--two temporalities which have continued to co-inhabit liberal democracy. Perhaps of particular interest to academics in this discussion would be the tensions between the temporality of liberal democracy and the temporality of education which might be playing a role in the increasing withdrawal of state support for education in the West.

When time allows, she will also briefly comment on a major difference between Chinese and modern Western understanding of time and change in relation to philosophy and politics. Surprisingly, despite all the Western commentaries on Sunzi’s Art of Engagement (mistranslated as Art of War), not much attention has been paid to the critical role of time in the text. Till the Chinese concepts of time becomes more clearly understood, the “Chinese mind” will remain “elusive,” and predictions about Chinese politics futile.

Map - University College is denoted as building No: 20