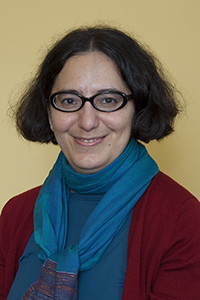 This paper asks how perception becomes racializing and seeks the means for its critical interruption.  Professor Al-Saji's aim is twofold: first, to understand the recalcitrant and limitative temporal structure of racializing habits of seeing, a structure that restricts their responsivity and improvisational openness.  While racializing perception can be understood to build on the intentionality and habituality of all perception (as Linda Martín Alcoff has shown), its distinctive intransigence and de-humanization call for further phenomenological study.  In this paper, Professor Al-Saji argues that racializing perception is both more and less than habitual perception: more in its representational over-determination, less in its affective closure to difference and change.  Drawing on the phenomenologies of Maurice Merleau-Ponty and Frantz Fanon, she will show how this perception is reductive and naturalizing; it constitutes racialized bodies as bodies that cannot be seen otherwise.  As a counterweight to the closure of racializing seeing, the second aim of this paper is to uncover resources within the temporality of perception for a critical awareness and destabilization of racializing habit.  Reading Henri Bergson and Merleau-Ponty in dialogue with Iris Marion Young and race-critical feminism, Professor Al-Saji finds in hesitation the phenomenological moment when racializing habits of seeing can be internally fractured.  Hesitation, she claims, can make visible the exclusionary logic of racializing and objectifying perception, countering its affective rigidity and opening it to critical transformation.  Hesitation thus opens the possibility for perception to become at once critically watchful and ethically responsive.

Map - Pemberton Rooms is denoted as building No: 21