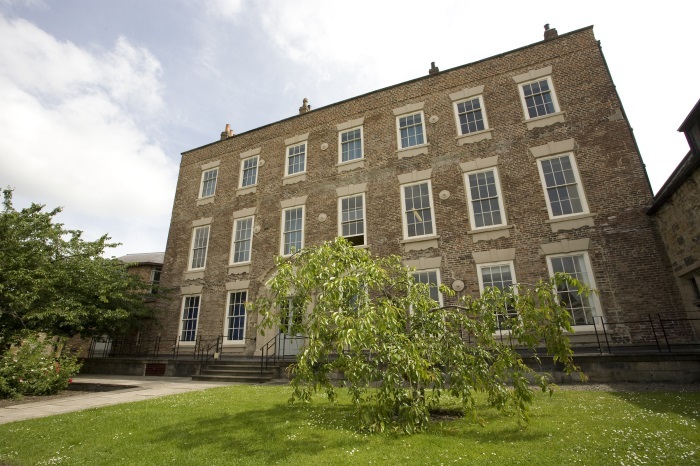 Evidence On Trial: weighing the value of evidence in academic enquiry, policy and everyday life

An international conference hosted by the Institute of Advanced Study, Durham University, 12 - 14 July 2016

Celebrating the IAS’s 10th Anniversary, this conference will follow the model of the IAS's successful 2014 conference. As well as drawing delegates from around the world, the 2014 conference brought a number of former IAS Fellows back to Durham to convene panels and participate in related activities. The 2016 conference will focus on issues of Evidence, in accord with the IAS’s annual research theme for 2015-16.

The Institute has welcomed panel or roundtable proposals on any aspect of Evidence.

In addition to an open call for panels, the IAS has invited its former Fellows to submit panel proposals considering the evidential aspects of the annual themes under which they undertook Fellowships in Durham. These theme include: The Legacy of Charles Darwin; Modelling; Being Human; Water; Futures; Time, Light and Emergence. As well as encouraging its College of Fellows to reunite in Durham in 2016, these panels will be open to other researchers with interests in these themes.

Panel proposals have also been welcomed for a special roundtable for IAS Directors, to address any theme(s) relevant to IASs around the world.

As well as panel sessions to explore a variety of evidential issues, the conference will conclude with a summary discussion that will consider the key messages from the panels and roundtables, and discuss whether there are universal standards of evidence that should be applied across disciplines (if so, what they are), or whether different disciplines require different notions of evidence.

The IAS’s choice of the theme Evidence is intended to generate a dialogue between disciplines, and between academics and research users, about the role of evidence in academic enquiry, policy and everyday life. This dialogue will explore how evidence is constituted; how it is read, understood and evaluated; and how it is used. Information becomes evidence when it is assessed in relation to specific questions and discursive practices. This is a recursive relationship: evidence and the framework in which it is located are mutually constitutive.

To explore the dynamic nature of evidence and its formation and use, groups of researchers will be working on a range of sub-theme activities. Evidence and Interdisciplinarity raises questions – which have relevance to all of the sub-theme activities – about how diverse kinds of evidence can (and sometimes cannot) be reconciled in interdisciplinary research. Other sub-themes address more specific aspects of evidence. Evidence, Policy and Regulation addresses the formation and use of evidence in the development of policy, legislation and practice. Evidence and Spatio-Temporality highlights the importance of the diverse social and material contexts in which evidence is located. Evidence and Experience focuses on how people engage with evidence, cognitively, imaginatively and phenomenologically, and considers how evidence and experience (for example in healthcare) can both challenge and support each other. Evidence and Representation considers the ways in which evidence is represented, observing that representational choices are often as critical as the evidence itself. Visual Evidence explores how visual forms and objects constitute evidence, communicate ideas and form knowledge, and examines the relationships between visual and other types of evidence. Finally, a sub-theme on Unreliable Evidence points to a reality that the extent to which evidence is perceived as reliable often varies according to rather unreliable social and political factors.

Evidence is therefore not only the ground of intellectual exploration, it also delineates a diverse, rapidly changing and much contested research landscape. In 2015-16, the IAS hopes to chart this landscape in new and illuminating ways.

Further details about Evidence, and the IAS’s planned sub-theme activities are at https://www.dur.ac.uk/ias/themes/evidence/

Conference delegates will be invited to sign up for a tour of the World Heritage Site including Durham Cathedral and Durham Castle.

There will be a conference dinner followed by a game of Durham Bluff. 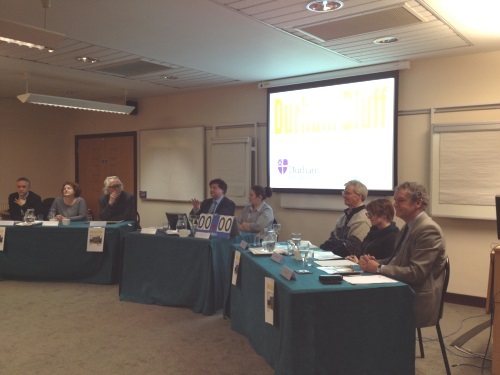 Durham Bluff is similar to a longstanding British game, Call My Bluff, in which the Durham players take an obscure disciplinary term and, as well as defining its true meaning, offer two false definitions or ‘bluffs’. The game is played by two teams, each composed of three people, with a referee/director of ceremonies. Each team has a set of prepared terms and definitions. The referee/host presents each term and each member of the team whose word/phrase it is then takes it in turn to offer a definition of it, and the choice about which is true has to be made by the other team. Each team gains a point either by choosing the correct answer or by fooling the other team with a ‘bluff’.