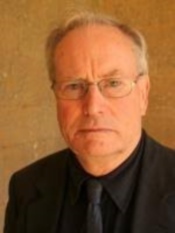 Terence Cave CBE FBA is Emeritus Professor of French Literature, University of Oxford, and Emeritus Research Fellow, St John's College. He is the author of The Cornucopian Text: Problems of Writing in the French Renaissance (1979), Recognitions: A Study in Poetics (1988), Mignon's Afterlives: Crossing Cultures from Goethe to the Twenty-First Century (2011), and many other studies in French and comparative literature. He is currently director of the project 'Literature as an Object of Knowledge', based at the St John's College Research Centre and funded by the Balzan Foundation with additional support from St John's. He is also a reader for the new Penguin translation of Ibsen's major plays.