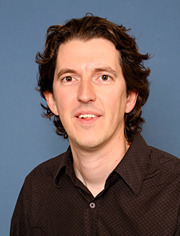 Stuart Elden's research is at the intersection of politics, philosophy and geography. He rejoined PAIS in September 2013, after eleven years at Durham University in the Department of Geography. He has a BSc (Hons) in Politics and Modern History (1994) and a PhD in Political Theory (1999), both from Brunel University. His first post-PhD position was as a lecturer in Politics in PAIS between 1999 and 2002. In 2013 he was awarded a Doctor of Letters (DLitt) on the basis of publications post-PhD, and was elected as a Fellow of the British Academy (FBA). He holds an adjunct appointment as a Monash Warwick Professor in the Faculty of Arts at Monash University, Australia.

In 2014 The Birth of Territory was awarded the Association of American Geographers Meridian Book Award for Outstanding Scholarly Work in Geography, and was joint winner of the inaugural Global Discourse book award. In 2011 he received the Royal Geographical Society Murchison Award for work judged to contribute most to geographical science in preceding years for 'publications in political geography'. In 2010 his book Terror and Territory: The Spatial Extent of Sovereignty won the Association of American Geographers Globe Book Award for Public Understanding of Geography and the Political Geography Specialty Group Julian Minghi Outstanding Research Award.

Between 2006 and 2015 he was editor of Environment and Planning D: Society and Space, having previously served on the editorial board. He is now one of the journal's honorary editors. He has also been the review editor of the Review of International Political Economy, and was one of the founding editors of Foucault Studies. He is on the editorial boards of Theory, Culture & Society, Geographica Helvetica, and Journal of Urban Cultural Studies. He is on the Advisory Board of the Urban Theory Lab at Harvard University's Graduate School of Design. At Warwick he is a member of the Authority and Political Technologies research network.