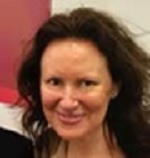 Head of Equality, Diversity and Inclusion

Rachel is an experienced EDI practitioner who has been with Durham for the last 3 years. Prior to this she worked as Senior Advisor on equality legislation and practice within the public sector, leading on a number of strategic projects to support the implementation of equality legislation and the Equality Framework for Local Government. She started her career within the legal and voluntary sector leading a number of community based projects to support engagement and cohesion. Over the last two years she has worked as part of an OfS Catalyst funded initiative, alongside eleven other Universities, to identify ways to tackle religious and race based hate crime and support student safety and wellbeing. 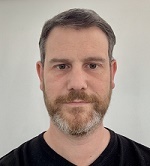 Mark has worked in Equality Diversity and Inclusion across the private, Local Authority and Education sectors; and in the higher education sector since 2013. He has a particular interest in the practice of evidence informed policy development and at Durham leads on EDI data and governance.

Following her PhD and a decade of work on (in)equality in South African and European contexts, Athena joined the EDI Team in September 2019. She brings a background in training, research, and equality strategy design to her current role where she leads on the institutional Athena SWAN Charter and Report + Support projects. 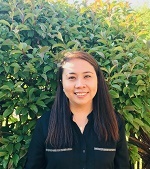 Mel began working at Durham University in May 2017 initially as part of HR. In September 2018, she joined the EDI Unit, supporting the delivery of the Hate Crime Project and the development and implementation of the Report and Support tool. She also facilitates activities relating to the Race Equality Charter and collaborates with stakeholders on initiatives promoting positive intercultural relations and faith inclusion. A CIPD qualified EDI professional, Mel’s former roles involved strategic and operational HR, policy development and project management in both private and non-profit sectors. She holds an MSc in Human Resource Management and in Business Psychology. Her previous postgraduate research focused on migrant workers’ experiences and on cross-cultural management.

Julie joined the EDI Team in April 2019 as Project Manager on the EPSRC funded Inclusion Matters research project. A CIPD qualified HR professional, Julie has worked in higher education for a total of 18 years, having spent the last 14 here at Durham. The Inclusion Matters project is a consortium of Northern Universities and Industry partners, for which Durham is the lead. Contact Julie for more information about Inclusion Matters and how you can get involved.

Julia has been a member of the EDI team since January 2019. She helps facilitate and administer the EPSRC funded Inclusion Matters research project which aims to support underrepresented groups (women, BAME, LGBTQ+, and those with disabilities) in the Science community. Julia holds a Masters in Criminology and Criminal Justice, and is involved in the charity sector outside of work. Contact Julia for Inclusion Matters queries.