Pieces of Black History: Did You Know? 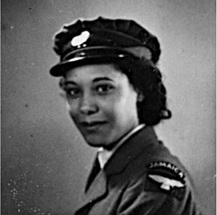 Lilian Bader passed away in Dorset on 13 March 2015 at the age of 97. Feisty, outspoken but not without a sense of humour, Lilian was proud of the fact that, by the end of the twentieth century, three generations of her family had served in the British Armed Services.

Lilian was born in 1918 in the Toxteth Park area of Liverpool to Marcus Bailey, a merchant seaman from Barbados who served in the First World War, and a British-born mother of Irish parents (whose identity has not been openly documented). When she was young, Lilian and her siblings were orphaned and were separated from each other; and at the age of 20, she was still living at the Convent she joined as a nine year old, for the simple reason that no one was willing to hire her for work.

The outbreak of World War Two in 1939, however, would be a surprisingly positive point for Lilian who found work as a Canteen Assistant at NAAFI, Catterick Camp. It took only seven weeks for Lilian to be disappointed, as she was sacked from her role due to the fact of her father’s Barbadian heritage. Determined not to let her background be a stumbling block, Lilian found work again in January 1940. Based on a farm near RAF Topcliffe, Lilian was once again feeding soldiers who ventured outside of the base.

In 1941, an opportunity to join the Armed Forces reached her: “I heard some West Indians being interviewed on the radio… They’d been turned down by the Army and accepted by the RAF.” Lilian was determined to ‘do her bit’ for the war effort and on 28th March1941, she was enlisted with the Women’s Auxiliary Air Force (WAAF) and was sent to York. She embarked on a twelve-week training course, qualifying her as an Instrument repairer; a relatively new job that had been made available to women in 1940.

Her academic prowess and personable nature shone through and after passing several exams, Lilian graduated as a First Class Airwoman and was soon in Shropshire where her skills saw her being promoted to Acting Corporal and leading Aircraftwoman (LACW) in December 1941.

In 1943 Lilian married a British-born black soldier called Ramsay Bader. He was a tank driver who was serving with the 147th (Essex Yeomanry) Field Regiment, Royal Artillery. Further promotion in the WAAF was curtailed when she discovered she was expecting a baby. She received her discharge in February 1944.

Her achievements did not stop once she left the army. Lilian and Ramsay had two sons and, when they had grown up, she sought it necessary to go back to school, achieving the necessary ‘O’ and ‘A’ levels to secure a Bachelor of Arts degree at London University and then became a teacher.

On 7 August 1990, in BBC2’s discussion programme Hear-Say, Lilian joined a group of ex-service men and women from the former African and Caribbean colonies. They debated the pros and cons of supporting Britain in the two world wars with members of a younger, critical generation. When some of the younger members of the audience failed to understand why black people from across the British Empire joined the war effort, Lilian explained why she had joined the WAAF: “We [black people] would have ended up in the ovens.” Lilian understood that, if Hitler had invaded England, Britain’s black citizens would have suffered the fate of black people in Nazi Germany and occupied Europe: they would have been rounded up and interned in concentration camps. 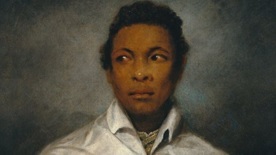 Born in New York in 1807, Aldridge moved to England aged 18 after he was beaten in racist attacks and the theatre he performed at was burnt down. He began his UK career in London, famously playing Othello in Covent Garden, where he was "extremely well received" according to a critic from The Times.

Gradually he developed into other roles and went on to play Richard III, Shylock, Iago and even King Lear and Macbeth. He toured the English provinces extensively and stayed in Coventry for a few months, during which time he gave a number of speeches on the evils of slavery. When he left, people inspired by his anti-slavery speeches went to the county hall and petitioned for its abolition.