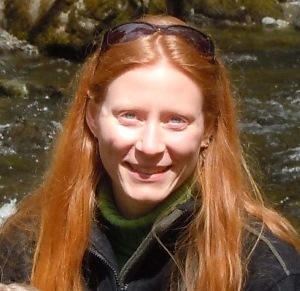 ORCID profile
Associate Professor in the Department of Anthropology

My academic background is primarily in anthropology and archaeology. I obtained an honours BA in Anthropology (1997) from McGill University, Montreal, Canada, where I studied both archaeology and social anthropology and completed a minor program in Religious Studies. I subsequently moved to the UK to pursue an MSc in Archaeology at University College London (1998) and returned there for my PhD in Biological Anthropology (2004). After two years of lecturing at UCL in the Department of Anthropology I spent nine months at the National Museum of Natural History, Smithsonian Institution, Washington DC, in the Human Origins Program. Prior to moving to Durham I was a Leverhulme Early Career Fellow, again at UCL.

Broadly speaking my research interest is in the environmental context of the evolution, behaviour and ecology of hominin species throughout the Pliocene and Pleistocene. I am specifically engaged in building up a more refined picture of environmental change leading up to the moment when, approximately 2.5 million years ago, the robust australopithecines and members of our own genus, Homo, appeared. I approach this through the analysis of fossil mammals found at sites in East Africa, including Laetoli, Hadar and the Turkana Basin. The nature of the entire mammalian community and the specific skeletal morphologies of particular mammal groups can tell us a great deal about how the animals related to each other and their environment. Investigating bovid ecomorphologies - habitat-specific morphologies - has formed a large part of my research repertoire to date.

My work is multidisciplinary and comparative, necessitating studies in modern African environments where mammal community dynamics and ecological preferences can be observed and subsequently serve as analogs for our interpretation of the past. I continue to conduct fieldwork in both modern environments and at fossil sites and have had the privilege of collecting data on bovids in most major European and American natural history museums, as well as the national museums of Tanzania, Kenya and Ethiopia, where fossil material is held. As long as the word is prefixed by “palaeo”, I can be described as an -anthropologist, -ecologist, -biologist, -zoologist or, simply, palaeontologist.

I am deeply committed to university education and to fostering an environment where students and staff work collaboratively, engage in open dialogue and embrace their community. I believe that there is unrealised potential for the university to act as a focal point for social change on the local, regional and even global scale, and that we have a responsibility to realise our roles as agents of this change by challenging old ideas and the collectively creating new ones.

Students who are interested in pursuing postgraduate studies in any of the fields in which I work are encouraged to email me with initial ideas for projects. There is scope to develop viable PhD and Masters by Research projects connected to my fieldwork-based research, as well as topics related to hominin and non-hominin morphology and palaeoecology.

In association with Ol Pejeta Conservancy (OPC), Kenya, this project constitutes a longitudinal study of the taphonomic and ecomorphic characterizations of bone communities in the conservancy's mosaic of several well-defined habitat types. We are tracing changes in mammal habitat affiliations and predator-prey pressure across time and space - information that will be used to interpret past ecologies and mammal community dynamics in the Plio-Pleistocene fossil record. The project began in 2007, building on pilot study data collected in 2003 and 2005.

This project has previously received grant support from the Smithsonian Endowment Fund. It is currently funded by the Wenner Gren Association for Anthropological Research (2018-2020).

This ongoing project investigates the effectiveness of analysing fossil bovid cranio-dental and postcranial material in the reconstruction of palaeoecologies. My research is developing methods of environmental assessment that integrate trophic (i.e. cranio-dental) and locomotor (i.e. postcranial) data, therefore providing a composite picture of a habitat that includes information on what the animals were eating, as well as over what sort of terrain they were locomoting. This can be accomplished by establishing associations between size and dimension ranges for dentition and postcranial elements. Thus, habitat-specific body dimensions, or “morphotypes”, can be linked to dental variations, enabling us to reconstruct the entire palaeoecological niche through analysis of the dental variation represented in a given assemblage.

These new habitat prediction models will be used to assess past East African environments. I will apply my faunal analyses to strata in which artefacts and diverse faunal communities are associated, well-preserved and confidently dated, including the hominin-bearing strata of the Hadar Formation in Ethiopia and sites in the Turkana Basin of Kenya. This project will be crucial to our understanding of the behavioural ecology of the earliest tool-making hominin species and will extend our awareness of environmental change, mammalian diversity and hominin evolution in East Africa. This project was funded through a Leverhulme Trust Early Career Fellowship at UCL (2007-2009) and seven European Union-funded Integrated Infrastructure Initiative grants (SYNTHESYS programme).

Additional collaborations include an assessment of patterns of niche exploitation in tropical mammal communities across and between continents with Kari Lintulaakso (University of Helsinki) and an ecomorphological analysis of the Pleistocene alcelaphine, Rusingoryx atopocranion with Dr. Tyler Faith (University of Utah, USA).