These instruments combine the ionisation efficiency of an inductively coupled plasma (ICP) source, which can attain temperatures of ca 8000 K, with the high precision and accuracy of measurement offered by a magnetic sector multi-collector analyser. As a result many elements that could not be easily measured for their isotope compositions because of their high ionisation potentials (such as Hf and the transition elements) can now be measured to high precision. Furthermore, MC-ICP-MS instruments can be used with a range of sample introduction systems, such as laser ablation, which provides micron-scale spatial resolution and hydride generation, which permits analysis of elements such as Ge, Hg and Se.

In the Arthur Holmes laboratories we have two Thermo Fisher Neptune MC-ICP-MS, one a next-generation model (Neptune Plus) that arrived in Summer 2013. The current Neptune has been successfully used for the measurement of conventional radiogenic (Sr, Nd, Hf, Pb and Os) and novel stable (Fe, Sr, Mo) isotopes, and pioneering laser-ablation measurements of S in ion-exchange gels and Pt and Os isotopes in metal alloys. The new instrument offers over an order of magnitude increase in sensitivity for certain elements which allows us to further extend our analytical capabilities. 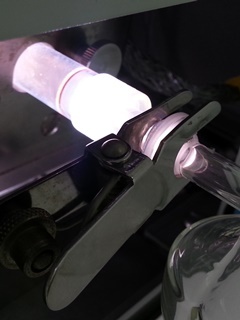 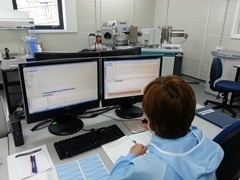 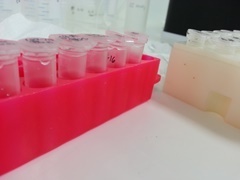