DEI comments on Boris Johnson's statement: Wind farms could power every home by 2030 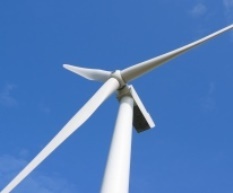 Speaking to the Conservative party conference, the Prime Minister said the UK would become "the world leader in clean wind energy" and announced £160m to upgrade ports and factories for building turbines to help the country "build back greener" and create new green jobs.

"The PM’s statements on supporting the rapid growth of offshore wind generation to 2030 and beyond, making it the principal source of domestic power, gives a welcome boost to a direction of travel set by recent UK governments who have kept faith with this still emergent new industry sector. A net zero carbon future is now within grasp, following the seismic changes in the power generation mix over the last decade, which has seen the virtual elimination of electricity generation from coal in the UK.

What is needed now is a greater emphasis on incentivising innovation and development of energy storage. Smart energy systems that will take matching supply with demand to new levels, will go some way to integrating more variable wind power generation into the future energy system. However, significant investment in energy storage, particularly at large scale, is mandatory in order to make generation from offshore wind sufficiently dispatchable to suit future needs. One particularly exciting prospect for storing energy at large scale is to use electrolysis to convert zero-carbon electricity from wind generation into so called ‘green’ hydrogen. Hydrogen can be used directly as a fuel source in all three of the main energy vectors i.e. electricity, heating and transport, thereby placing wind power firmly at the heart of our future net-zero energy system.

Durham University and the Durham Energy Institute are working with Northern Regional Offshore Wind Clusters Energi Coast and Aura on research and development innovations that will contribute to maximising the long term economic benefit to the regions from the offshore wind revolution, including energy storage."

“The proclamation from PM that every UK home will be powered by offshore wind by 2030 conveys the right sentiment that must achieve net zero carbon well ahead of the government’s previous target of 2050 and so is to be applauded.

The UK has made phenomenal progress in decarbonising the power sector and offshore wind generated electricity is now calculated to be about half that expected for electricity from Hinkley Point C; the new nuclear plant in construction in Somerset.

The commitment of create jobs by onshoring manufacture of the components for offshore wind is also very welcome and could go a long way to balance the threat to the UK’s petroleum linked job market of around 37,000 caused by the need to decarbonise and the falling profitability of the UK petroleum sector.

However, the UK needs to integrate a whole suite of energy sources in Earth, wind and fire (sun) plus a little water to ensure a secure, sustainable and ultimately affordable energy future. The roles of geothermal energy, solar thermal, solar photo voltaic, hydro power, biomass, hydrogen production as well as improved building and insulation standards need to be part of that future.

As we slowly emerge from the devastation caused by the covid pandemic, now is the time to build that sustainable future and the government needs to support a wide range of technologies and social adaption to create our Brave New World.”