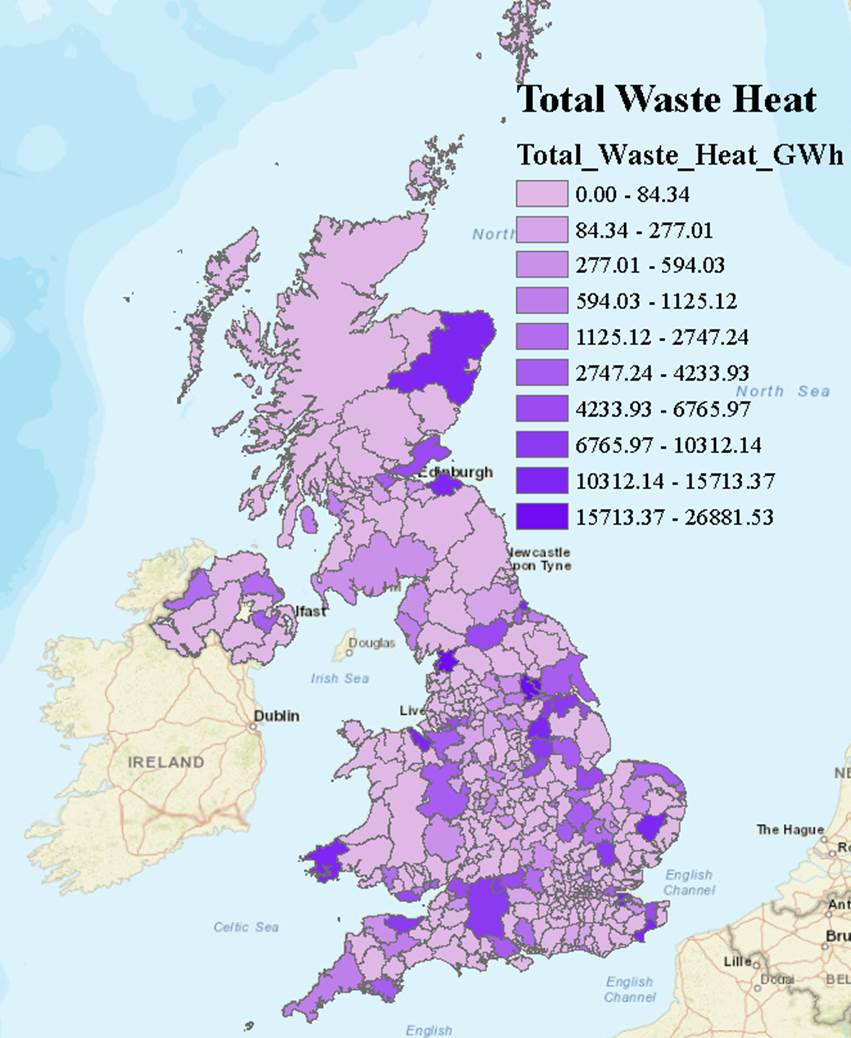 Sometimes we get lucky even amid the Covid 19 pandemic and opportunities arise.

Back in the summer of 2019, Durham Energy Institute was able to employ two undergraduate interns from Engineering. Kitty Bennett and Max Albert were supported by funds from a private individual and some residual funds from BP to undertake a project conceived by Jon Gluyas and Charlotte Adams.

The idea was to assess home much waste heat is being generated by UK industry and therefore how much of this waste heat could be used. The idea might have been a simple one but in practise one half of the project proved to be a nightmare. Kitty and Max approached the problem from two angles. How much natural gas is burned by the nation (top down) and what is the energy consumption of individual industrial units (bottom up).

The top down approached worked well but after hundreds of emails and freedom of information requests the bottom up approach was in tatters. Few industries replied, even. To FOI requests, many said ‘no’ to our requests. We did not have a statistically valid sample.

However, the UK as a nation does collect both energy consumption data and emissions information aggregated to a city/town/county scale. These data were used to build up the regional and national picture. By this time, summer was coming to an end and both Kitty and Max returned to their undergrad course. We had a draft report on their findings, a very good draft report.

The report was requested by the UK Department for Business Energy and Industrial Strategy (BEIS) when in a meeting with Charlotte BEIS revealed that they had been thinking of doing similar work. The draft report was shared with BEIS who reverted with a glowing review. The review was a tad ironic, not months earlier BEIS was one of the organisations that had refused our FOI request for waste heat emission information!

The lucky break came in the summer of 2020. Both Kitty and Max had their industrial placements cancelled, casualties of C19. DEI unable to spend its budget for the same reason was able to offer both Kitty and Max the opportunity to complete the work.

The study was brought to closure and the outputs include a major report and interactive map available on My Grid GB (https://www.mygridgb.co.uk/waste-heat-map/) and a paper submitted for publication.

Do have a play with the interactive map. How might you use that waste heat and reduce GHG emissions as a result?