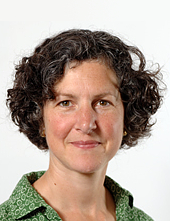 Professor Abram was invited to discuss the importance of Interdisciplinary approaches to climate change during a conference on Climate Emergency and Energy Transitions at the Rovira i Virgili University in Tarragona, Spain. The event was held in response to the university’s recent declaration of a Climate Emergency, a declaration that was proposed by staff and students, and welcomed by the university’s senior management.

She emphasised the value of working cooperatively and collectively to address multi-dimensional issues such as energy decarbonisation, and indicated some tactics that can help foster collaborative approaches. Presenting DEI’s approach, she highlighted the value of funding structures that help people work across disciplines and between departments or faculties, highlighting that even very small, low-impact and short-term ‘seedcorn’ funding opportunities can help foster research relationships that may later become fruitful, also emphasising that building interdisciplinary relationships takes time and requires investment.

On the issue of university leadership on climate change she argued that Universities need to look at their own practices, noting that Durham has begun a review of how climate and energy issues are addressed in the curricula of each department. She also argued that in response to climate change, we need to have infrastructures in place that facilitate transformation that does not exacerbate inequalities but addresses them explicitly. In interview with the Tarragona Diary newspaper, she emphasised the importance of avoiding moralising arguments about personal choice, and the temptation to demonise people according to their energy practices. Doing so is more likely to push energy practices into the realm of identity politics, making it harder for people to compromise or change. At the same time, it risks removing responsibility for change from institutions, such as governments, companies or other organizations, who set the premises for those choices made by citizens.

While in Tarragona, Professor Abram met with a nascent network of energy researchers from across the university, co-ordinated by Dr Alberto Coronas in the faculty of engineering. The group look to Durham for lessons on how to facilitate inter and cross-disciplinary approaches at the university. She also attended the opening of the new academic year, where the university’s Rector, the Mayor of Tarragona, University Research Director and others highlighted the university’s commitment to addressing the climate challenge, and the urgency of preparing a concrete plan for action.