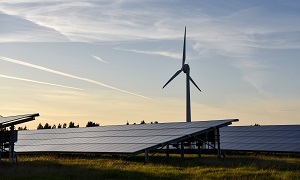 A Science and Technology Committee report into clean growth policies has incorporated a number of DEI inputs from their inquiry response.

The Committee inquiry explored ‘Technologies for meeting Clean Growth emissions reduction targets’ and concluded that the Government’s legal target for ‘net-zero’ by 2050 is undeliverable unless clean growth policies are introduced.

To get the UK ready for net-zero by 2050 the report makes 10 key recommendations for change across different sectors, including transport, heating, energy efficiency and greenhouse gas removal.

A top priority identified is the need for “Government to urgently develop a clearer strategy for decarbonising heat. This will require large-scale trials of different heating technologies, such as heat pumps and hydrogen gas heating, operating in homes and cities to build the evidence base required for long-term decisions.” This is an area that was prioritised by DEI in their response which argued more emphasis needs to be placed on low-carbon heating options as our natural and waste heat resource are still underexplored and under utilised.

Other direct references to DEI inquiry response include:

“Abundant, accessible and effectively cheap energy has been available to the UK since the Industrial Revolution began. First we had coal and as that energy source dwindled we managed to find huge quantities of gas and then oil in the North Sea and other basins around the UK coast. Complacency set in and in 2004 when the UK ceased to be a net exporter (and hence earner from selling and taxing) petroleum it came as a shock, one from which we have not properly recovered and one now exacerbated by both a threat to energy security and the need to decarbonise power, heating and transport to meet climate change mitigation commitments. So far we have managed to replace coal, largely with offshore wind but we still have a high dependency on gas for power generation and almost complete dependency on gas for heating our homes and places of work. Decarbonisation of gas generated power is easy – carbon capture and storage (CCS). There are no technical barriers to its development at large scale but successive governments since 2010 have shied away from implementation despite it costing less than to initiate shipping contracts with companies that lack ships!

Decarbonisation of heating is tough, simply from an infrastructure perspective, again there are no technical barriers. BritGeothermal (a UK thinktank of researchers working on geothermal energy) has already published on how we might decarbonise heating for an absolute minimum of 100 years with near nil carbon footprint and in a process that would improve the UK’s energy security massively.

The UK shale-gas unicorn which has so beguiled the recent generation of energy ministers has been laid to rest by the outstanding work from Nottingham University and the BGS (https://www.nature.com/articles/s41467-019-11653-4). We don’t have a significant shale gas resource (let alone reserve) but the combination of nuclear and a suite of renewables (geothermal, wind, solar – both on and offshore) coupled with CCS to mitigate unavoidable combustion of petroleum can deliver the UK a sustainable and secure energy future. And if we are really smart we will sell the pore space in evacuated North Sea oil and gas fields for other countries to store their CO2.”

Find out more about the Select Committee inquiry and read the final committee report.

Find out about DEI research into the potential for UK Geothermal Energy and using flooded abandoned mines.