DEI Director in The Business Debate at Davos 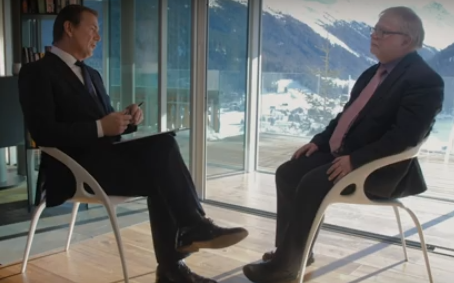 DEI Director Professor Jon Gluyas has participated in ‘The Business Debate’ thought-leadership series in Davos, launched by Reuters to coincide with the World Economic Forum this week. Watch the video.

Energizing the future
Despite the increased clamour for renewable energy sources as the world continues to be buffeted by climate change events, it’s tempting to wonder if we’ll ever find a way to move away from the dominance of fossil fuels.

It’s natural that those who benefit from the status quo will try to keep it that way. And they’re doing well; in the UK, gas provides more than 77% of British heat demand. An incredible statistic by any measure - not least for the fact that most of it is imported. Vulnerable to geo-political tension as well as bad for the environment.

This is just the tip of the iceberg. Air pollution now accounts for around 6.5 million deaths each year worldwide. 3.5 million die annually from breathing in smoke from household stoves.

But the outlook is not all bleak. Durham University’s Durham Energy Institute (DEI) has taken up the mantle of finding solutions to the world’s energy crises. Supporting and producing cutting-edge research at the university, DEI looks at everything that goes into considering existing and emerging energy challenges: technological, social, political or industrial.
Set up in 2009 in response to a need for an interdisciplinary approach to energy, DEI attempts to build collaboration between academia, industry, government and society. One example of their work is the exploration of the potential to use heat from abandoned mines to heat homes in the North East of England, assuring this deprived region can benefit from its coal-mining legacy. This is an approach which could be mapped to other regions around the country and reduce the UKs reliance on gas. They are also advocating for a great emphasis on re-using waste heat from industry or buildings to produce power, heat homes and support agriculture. Heat is a precious commodity which is still largely generated using fossil fuels and yet we waste it. We can turn this heat into a resource as well as reducing the waste through proper insulation. This doesn’t just offer potential benefits to the UK’s - it can easily be applied to other areas of the world.

DEI’s commitment to considering all sides of the debate in their research aims to produce major breakthroughs in our understanding of how best to meet the energy demands of the future and enable a more sustainable world.

And the world needs it. As more and more people slip into fuel poverty and energy security stands on fragile ground, it’s become a fundamental social and environmental necessity to work together to identify viable sustainable solutions to ensuring equitable access to clean energy. This is not only a necessity but also an opportunity. The partnership between DEI and the leading offshore wind developer in the world – Ørsted – is testament to this. The offshore wind sector in the UK has made amazing strides over the past 10 years and Durham University’s research has supported this technology to become cheaper and more efficient.

As with all universities, Durham’s crucial societal role as a knowledge provider is vital in shaping the future, and DEI is at the heart of a positive future for the energy industry.

It’s not going to be easy to challenge the dominance of fossil fuels, especially on a commercial basis. But the cost of renewables will continue to fall. The next challenge is to convince industry, government and society that there are low-risk, sustainable alternatives to damaging energy sources.
Originally published on Reuters https://www.reuters.com/brandfeatures/business-debate/energizing-the-future
More news items