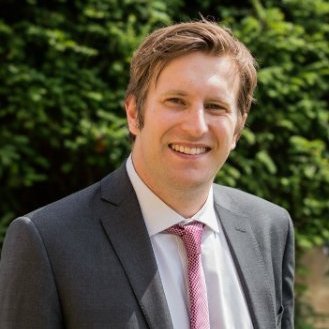 Dr Andrew Crossland (Durham Energy Institute Associate Fellow and former Energy CDT member) discusses his beliefs that we are moving to a future based on solar and wind power with The Chronicle.

Durham academic Dr Andrew Crossland believes we are moving to a future based on solar and wind power.

‘MyGridGB’ - www.mygridgb.co.uk - records the changing profile of the UK electricity generation and comes as the country recently experienced its first coal-free power day since the network’s creation.

On sunny and windy days, 70% of the country’s electricity can come from renewable sources and Dr Crossland, of the Durham Energy Institute at Durham University, says we can achieve a low-carbon system in little more than a decade.

To do this the UK will need to treble its solar capacity to 40GW, more than double wind capacity to 35GW, and double our storage capabilities, he says.

“The first electricity network was built on coal, then we had nuclear power, then it was gas and we are now building a renewable energy system.

“This is the challenge for the current generation. It is an exciting challenge going forward and my website aims to chart this progress.”

He supports the Government’s ambition of removing coal from the power generation system by 2025, but disagrees with its desire to develop a UK shale gas industry.

“It will be more expensive than the gas we currently have and we do not need it, as we will have wind and solar. We should avoid it.”

Backers of a shale industry say it is vital to the UK’s heating needs and as a feedstock for industries such as Teesside’s chemical and processing sector, in order to make plastics for things such as heart valves.

“Shale gas is a finite resource and we should to look to diversify our gas supplies though recycling and biogas,” says Dr Crossland.

“This deal provides huge subsidies and will push up energy prices. The consumer and Government have been ripped off.”

French energy giants EDF secured a guaranteed price of £92.50 for every megawatt hour of electricity - for 35 years - for their Somerset plant; and this is more than double the current wholesale price.

Last week the National Audit Office said the £18bn deal was “a risky and expensive project” with the total subsidy bill rising from £6bn to £30bn.

“We will need some nuclear power to achieve our 2030 low carbon ambitions but we will have to find a way of securing better deals than the one for Hinkley Point,” says Dr Crossland.

The website features his future energy Manifesto, which maps out the electricity generation mix which would allow us to meet our carbon reduction targets by 2030.

This Government is committed to targeting carbon emissions of between 50g and 100g of CO2 for every kilowatt hour of electricity generated by 2030, compared to current level of around 250g.

With the current emphasis on intermittent renewable resources the system will need to incorporate technologies which will allow power to be stored for later use.

Dr Crossland says pump storage and batteries as the best ways of achieving this.

With solar panels and batteries in his own home, Dr Crossland said he had recently experienced a week without paying for any electricity, and during the winter he believes he can live ‘off grid’ for 30% of the time.

However, many say this shift in direction will increase electricity costs; a recent report says measures needed to alter the transmission grid to incorporate increased two-way flows could double electricity prices.

Dr Crossland highlights a report commissioned by the Solar Trade Association which say the costs will be much smaller, and he says the adoption of demand response measures and a smart network will be crucial in supporting this transition.

“The electrification of heating and transport will put more money into electricity industry which will cover increasing costs of electricity distribution.

“I personally think that through innovation and smart technology - particularly flexible technologies like batteries - these costs can be reduced. My PhD assessed just that. I found that if batteries are integrated with domestic solar panels it reduces network costs by up to 60%.”

One downside of batteries is their limited capacity, meaning a range of storage technologies will be required.

Siemens is currently looking at converting electricity into forms of energy that lend themselves to long-term storage, such as hydrogen, and chemicals such as ammonia and methanol.

A number of proposals to boost the UK’s hydro-electricity capacity are under consideration but some doubt whether the UK has the political will to develop major infrastructure projects. These often get locked up in planning, environmental and financing issues.

Dr Crossland said: “The renewable industry attracts socialist-minded people who favour this type of investment, and we should be able to find the economic and political will to do it.”

On April 30, renewable generation in Great Britain totalled 74% with the wind blowing strongly and the sun shining.

Dr Crossland said: “This new system will provide reliable power within the constraints of the weather. It will also lead to cheaper electricity and make us healthier.”

Article by Peter McCusker in The Chronicle http://www.chroniclelive.co.uk/business/business-news/north-east-experts-website-plots-13252687